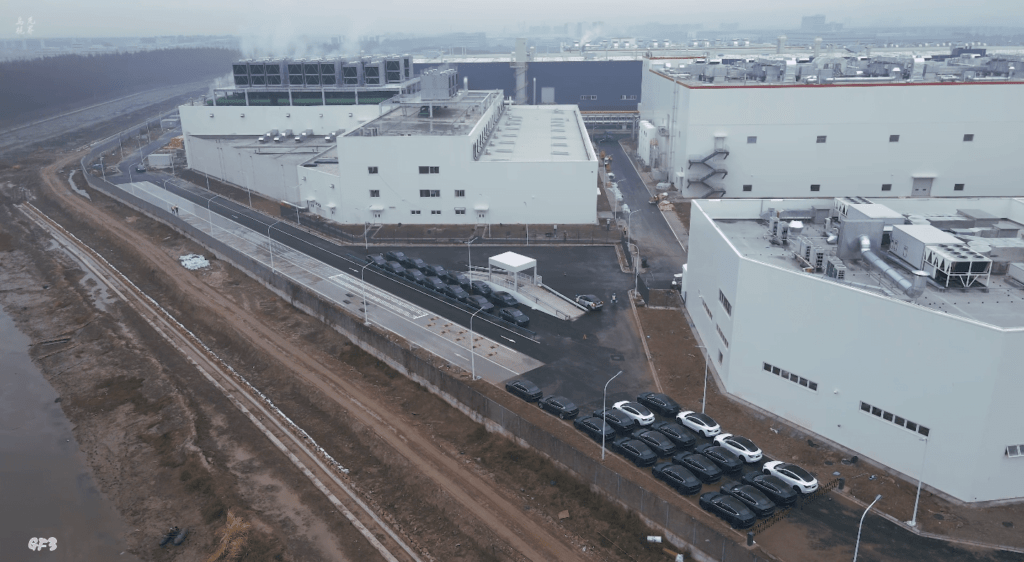 In a recent flyover of Gigafactory Shanghai posted to YouTube, long-time follower of the project’s progress Wu Wa showcased Tesla’s new in-house road testing site for for the Model Y which, in a very Tesla-esque Easter egg, is shaped like the alphabet Y.

Giga Shanghai’s primary focus has always been manufacturing the Model Y, and after being approved to sell produced units in China as well, the facility began track-testing units.

We get a good look at the test site in action, with multiple Tesla units being tested. The test site also contains turns and two strips of the road with speed bumps (and other obstacles) for accurate and comprehensive road testing.

While the site has been designed to test the Model Y, we can also see a few Model 3 units making their way through the course.

Gigafactory 3 certainly has a problem with parking space at the moment, judging by how many Model 3 units can be spotted cooped up at the end of the road test site.

Trenching and grading work can be seen being done right next to the Y-shaped road test site throughout the video. This patch of land is likely being worked on to build field camps and, more importantly, parking lots for the site as part of its ongoing expansion.

Tesla’s all-electric Model Y crossover ranked fourth in global car sales for 2022 by volume, according to a report from Focus2Move (via @1stPrincipleInv). The Model Y electric vehicle (EV) sold 759,000 units across the globe in 2022, up a whopping 88% year-over-year. By revenue, though, the Model Y topped global car sales to become 2022’s […]
Nehal Malik
32 mins ago