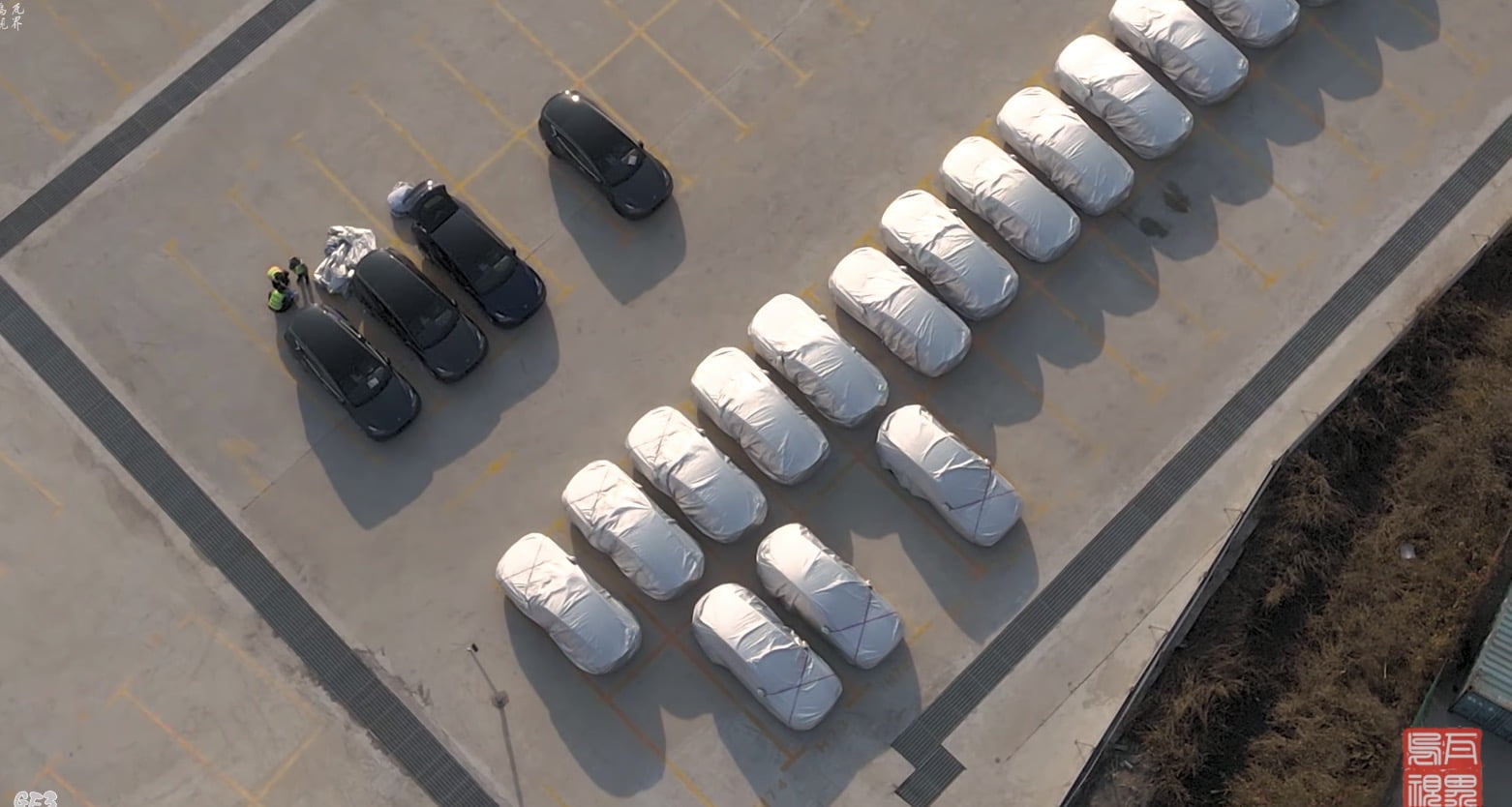 Things are heating up at Tesla Gigafactory Shanghai – and that’s saying something, given just how much has happened at the site throughout the year.

In a pair of videos uploaded Wednesday and Thursday by YouTube channel WU WA, we get a good look at Tesla Gigafactory Shanghai, as its long-anticipated Model Y testing becomes operational. Both videos include exclusive, mindblowing shots of the Tesla Shanghai site, with exciting first looks at the factory’s Model Y beginnings.

The first video includes close-up shots of a road at Giga Shanghai where, before long, a Model Y appears. We see the Model Y drive up and down the road a bit, before the video ends.

The second video, released Thursday, includes drone footage above and around the Shanghai factory, including overhead shots of the road in Wednesday’s video, and close-up drone shots of Tesla employees unveiling Model Y units in the parking lot.

“This week, we saw 40 Model Ys wrapped in protective covers in the parking lot inside the Shanghai plant, and another four Model Ys had just joined them as workers prepared to cover the vehicles with protective covers,” explained Wu Wa.

As Tesla Model Y production and testing ramp up at Gigafactory Shanghai, consumers are sure to see their Model Ys fairly soon. With new delivery centers being announced nearly every week, the EV giants are gearing up for an exciting 2021, with many Model Ys to be delivered.