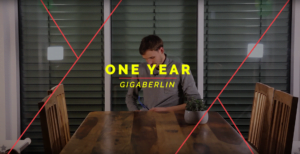 It’s been quite the year for electric vehicle (EV) giant Tesla, which will soon have completed factories on three continents – and likely with more factories still yet to come.

In a video uploaded Thursday by YouTube channel Giga Berlin, the host breaks down all the progress made on Tesla’s Gigafactory Berlin since its beginning construction in January. While it hasn’t quite been a year, the host mentions a year ago as the beginning of the factory’s conception, since that was when CEO Elon Musk originally announced that the company would be coming to Germany.

The video compiles tons of different drone footage to go through each month, giving a good picture of how the site has come to be where it’s at now. Despite recent local criticism of the construction site’s resource usage, construction on the Berlin Gigafactory has not stopped. In fact, this month has seen major progress to the site, with partial completion to the casting building as well as a number of other updates.

Tesla’s Gigafactory Berlin is expected to be completed and delivering vehicles in June 2021. Until then, European customers will continue receiving imported models from Giga Shanghai.

Take a look at all of the new Tesla Superchargers that went live across the globe this past week, courtesy of data from Supercharge.info and the TMC Forums: Date Opened Location Number of Stalls Power Rating Official Listing September 26, 2022 2 Rua do Miradoiro, Vigo, Pontevedra, Spain 12 250 kW Tesla September 26, 2022 Strevelinsvej 13, […]
Nehal Malik
9 hours ago

As China celebrates its legal holiday of National Day this week, Tesla’s Gigafactory Shanghai will stay open with some added benefits for employees who work for the holiday. Tesla’s Giga Shanghai is remaining operational during China’s National Day holiday running from October 1 to 7, as reported by a source familiar with the matter reporting […]
Peter McGuthrie
17 hours ago

Tesla is looking to expand Gigafactory Nevada after years of announcing plans to do so, according to sources familiar with the matter reporting to electrek. Past statements by Tesla held that the Giga Nevada location would be able to produce around 105 GWh of battery cells per year and 150 GWh of battery packs per […]
Peter McGuthrie
18 hours ago