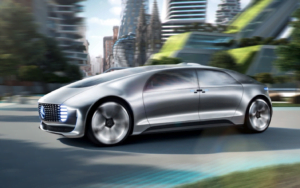 Tesla’s overseeing manager from the Giga Berlin construction site recently left, though sources are not sure why. Now, however, Tesla will gain an employee from a competing automaker, a manufacturing executive with many years of experience that is sure to benefit the company’s goals.

Tesla’s Giga Berlin will now gain the support of Rene Reif, a previous Daimler employee who helped improve the company’s production capacity in China, as reported by Reuters. Reif previously headed up the Beijing Benz Automotive Company, Daimler’s Chinese joint venture, where he oversaw a manufacturing capacity of around 480,000 cars.

More recently, Reif served as the manager of the Mercedes-Benz Berlin site, which specializes in powertrains. Daimler has since told sources that Reif will enter early retirement by the end of this year, per his own request.

Reif will, instead of retiring, replace Evan Horetsky, previous overseeing manager on Tesla’s Giga Berlin construction site, and further cementing an ongoing rivalry in Germany between Tesla and Mercedes-Benz.

Currently, Mercedes-Benz has relied upon the skills and leadership of Clemenz Dobrawa, who heads up the company’s battery manufacturing plant in Kamenz, in order to temporarily manage plants in Hamburg and Berlin in Reif’s absence.

Whatever the future holds for the primarily-internal combustion engine (ICE) car company, Tesla currently needs all the production and manufacturing help and growth it can get to further the cause of sustainable transportation – and landing Rene Reif is a big step in the right direction.

NIO founder, chairman, and CEO William Li said on Saturday that the electric vehicle (EV) maker is making good progress on its smartphone project and teased that the first model could launch within a year (via CnEVPost). Li said back in March that the company started looking into phone manufacturing after customers expressed interest in […]
Nehal Malik
2 days ago