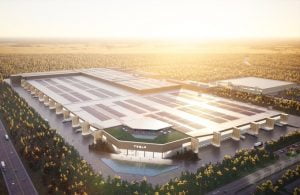 Recent updates at Gigafactory Berlin show significant improvement and expansion – but at what cost?

New reports from Yahoo Finance state that Tesla’s executive manager overseeing the construction of Giga Berlin, Evan Horetsky, has now left the company. Tesla declined to comment on Horetsky’s departure, though recent criticism from local residents on Tesla’s construction practices have left onlookers wondering what exactly happened to cause the departure.

Tesla has undergone a thorough environmental audit during its transition from conditional construction approval to formal planning approval, during which it has agreed to cut its water consumption to only 1.4 million cubic meters, down from original targets of 3.3 million cubic meters.

@elonmusk; @Gf4Tesla Just learned there is a vacancy for a project manager in your gigafactory construction site near Berlin. If interested, I would be available (btw: I know how to pay water bills in time… 😉) #tesla #elonmusk #Gf4Tesla

While it isn’t clear exactly why Horetsky has departed, the mounting pressure from the local community surrounding the plant would be enough to make any person feel like they’re doing something wrong. In a tweet earlier this month, Horetsky quoted Theodore Roosevelt in a cryptic, slightly anxiety-inducing tweet.

Horetsky wrote, “Credit belongs to the man in the arena, whose face is marred by dust and sweat and blood; who strives valiantly; who errs, who comes short again and again, because there is no effort without error and shortcoming.” He continued, “…if he fails, at least (he) fails while daring greatly.”

Whether Horetsky “failed” or not is difficult to say. As far as we can tell, however, Giga Berlin is still under construction and on track to deliver vehicles by summer 2021.