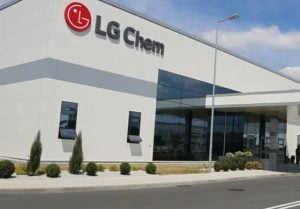 According to Reuters, LG Chem Ltd, one of Tesla’s primary battery suppliers, said Monday that its Q3 profits were most likely at a record high.

LG Chem estimated an opening profit jump of 159% to $788.94 billion (USD), compared to an analyst estimation of 746 billion (USD), stated prior by Refinitiv SmartEstimate.

The news of LG Chem’s success should come as no surprise given Tesla’s Battery Day announcements regarding the new 4680 battery and substantially improved production efficiency as a result of the new design.

Tesla will release its earnings results on October 21, though it’s already been announced that the EV giant reached record deliveries at 139,300 within the quarter. The upcoming report is expected to depict similarly record-breaking numbers.

The South Korean battery plant also works closely with GM on its upcoming EV designs, as well as a number of other EV startups.

Tesla announced its partnership with LG in 2019, along with a few other battery supply collaboration efforts, including Panasonic Corp. Recent rumours have claimed Tesla might buy a stake in an LG Chem spinoff.

While LG Chem didn’t provide any reasoning for its estimates, it largely attributes growing Tesla orders as well as lifted coronavirus demands for home appliances, which are also a major petrochemical product export for the South Korean Company.

As China celebrates its legal holiday of National Day this week, Tesla’s Gigafactory Shanghai will stay open with some added benefits for employees who work for the holiday. Tesla’s Giga Shanghai is remaining operational during China’s National Day holiday running from October 1 to 7, as reported by a source familiar with the matter reporting […]
Peter McGuthrie
3 hours ago

Tesla is looking to expand Gigafactory Nevada after years of announcing plans to do so, according to sources familiar with the matter reporting to electrek. Past statements by Tesla held that the Giga Nevada location would be able to produce around 105 GWh of battery cells per year and 150 GWh of battery packs per […]
Peter McGuthrie
4 hours ago