Tesla is looking to start mass production of the Cybertruck by the end of 2023, according to two people familiar with the matter, reports Reuters. The target is roughly two years after CEO Elon Musk’s initial target for the electric truck when it was first shared in 2019. Last month, Tesla told news outlets it […]
Peter McGuthrie
3 months ago

Back in December 2021, Tesla launched sales of its Cyberquad for Kids, manufactured by Radio Flyer, selling the all-electric kids ATV for $1,900 USD. On Thursday, a recall was announced by the U.S. Consumer Product Safety Commission (CPSC), citing one instance of a bruised shoulder from an adult and child operating the Cyberquad for Kids […]
Sarah Lee-Jones
3 months ago 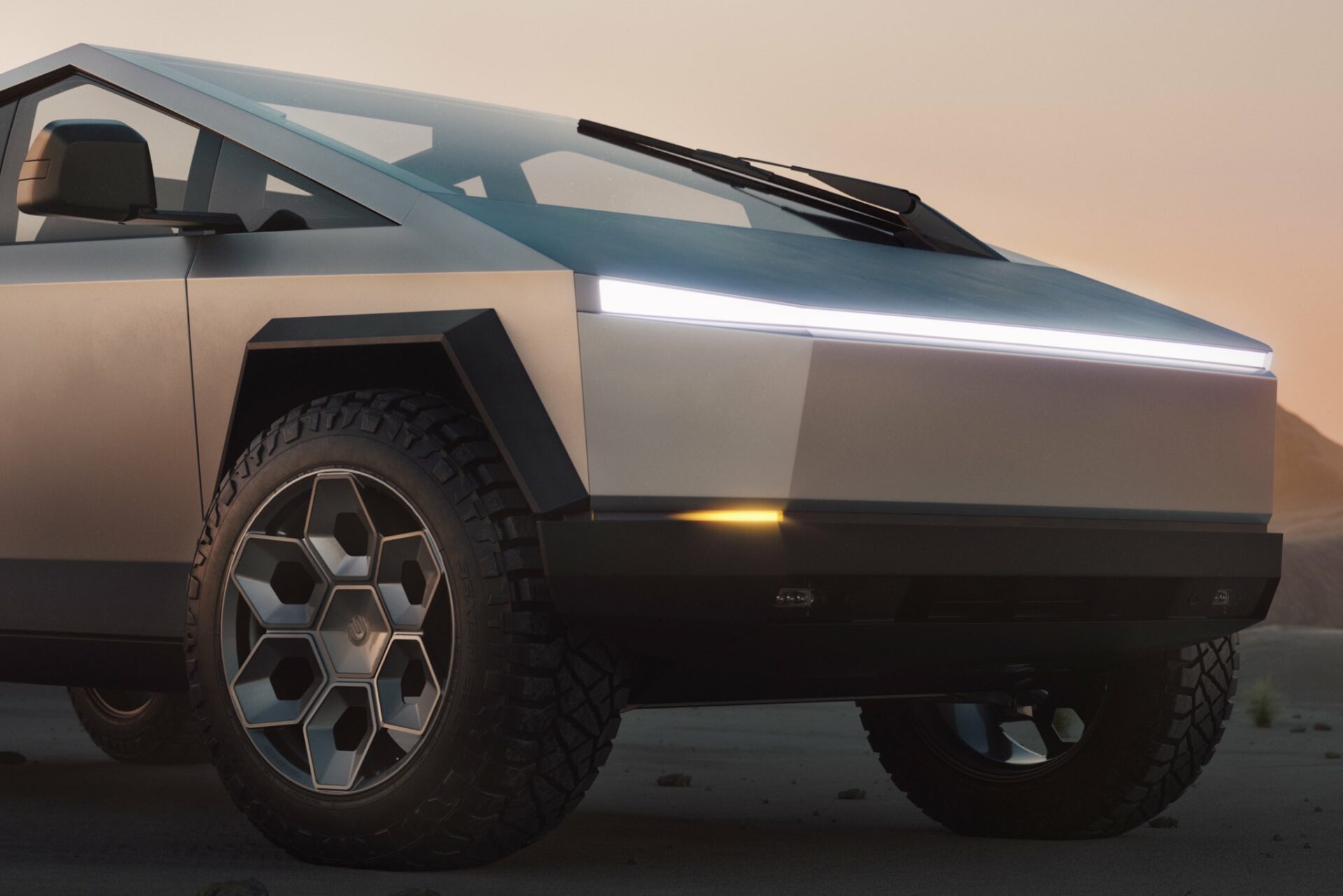 Unplugged Performance has debuted the world’s first Tesla Cybertruck aftermarket wheel, dubbed the UP CYBRHEX Forged. The company shared a concept of what it believes is likely Cybertruck’s final design sporting these aftermarket wheels. Any speculation UP would have first dibs to share the final Cybertruck design, instead of Tesla, would be completely unreasonable and […]
Peter McGuthrie
3 months ago 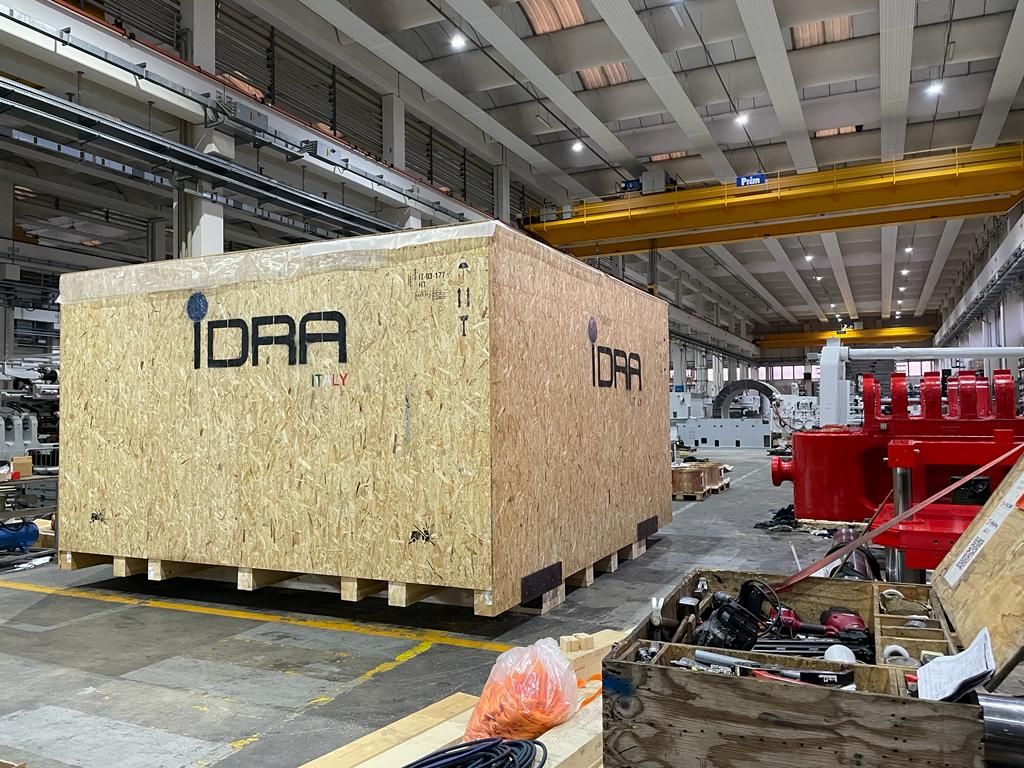 Those awaiting the Tesla Cybertruck are in luck, as the automaker’s partnering manufacturer for the casting machine that will build it is officially set to ship the machine to Giga Texas. Tesla’s Italy-based casting machine supplier IDRA has shared a photo signifying that the Giga Press for the Cybertruck is all packed for shipping on […]
Peter McGuthrie
3 months ago

Tesla announced its Q3 2022 earnings today, posting a staggering $21.4 billion in revenue, up 56% year-over-year and setting new production and delivery records. The company’s Installed Annual Vehicle Capacity remains at over 1.9 million vehicles across its factories in California, Shanghai, Berin and Texas. But more interestingly, the status of the Cybertruck in the […]
Sarah Lee-Jones
3 months ago 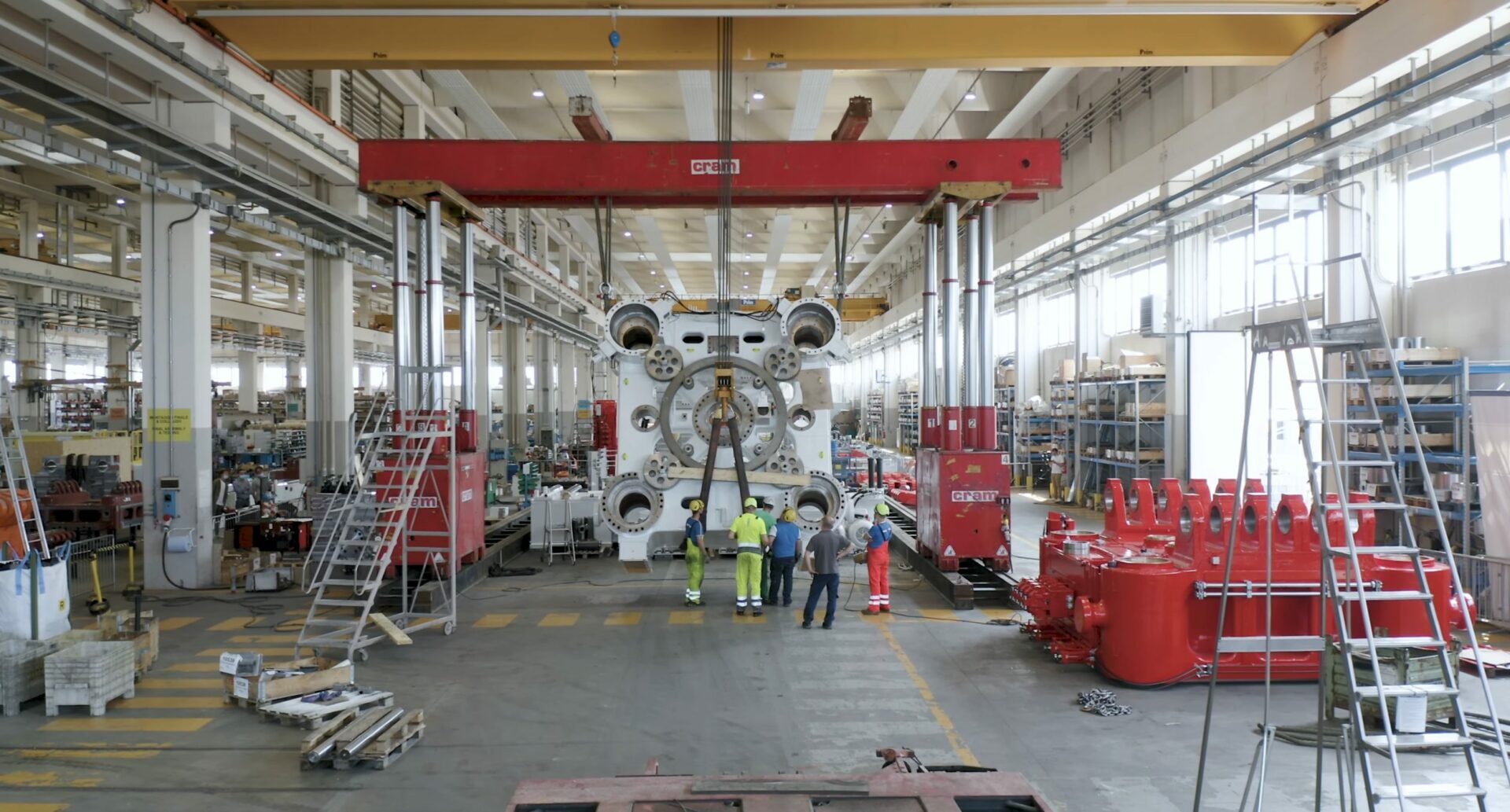 Tesla is preparing for the Cybertruck to come to fruition and the machine that’s set to make it has officially been completed, according to a new video. Italian casting machine manufacturer IDRA has completed the Giga Press for the Tesla Cybertruck, as shown in a promo video by the company shared on Friday. The video […]
Peter McGuthrie
4 months ago

Tesla has modified its website design to introduce rectangular buttons, eliminating the pill-shaped designs from before. The electric automaker’s main site now shows “custom order” and “existing inventory” buttons as rectangles, while on configuration pages, rounded corners are a thing of the past, as sharp rectangular buttons are now commonplace, seemingly leading us towards the […]
Sarah Lee-Jones
5 months ago

Image via @WholeMarsBlog Tesla CEO Elon Musk dropped a few brief notes about the upcoming Cybertruck, including the fact that it won’t be the same price as when it was first announced back in 2019. The Cybertruck will be more expensive than when its pricing was originally launched in 2019, according to statements from Elon […]
Peter McGuthrie
6 months ago

When will Tesla deliver its Cybertruck? According to Tesla’s Q2 2022 earnings call, CEO Elon Musk answered an investor question about when Cybertruck would be officially available and said it would debut in mid-2023. Speaking about Cybertruck, Musk said, “we will bring another level of simplicity and manufacturing improvements with Cybertruck and future products that […]
Sarah Lee-Jones
6 months ago

With the Tesla Cybertruck likely to hit volume production next year, it seems that the automaker is already preparing to produce the vehicle at its Gigafactory in Texas. Tesla ordered new systems from specialized parts suppliers to produce Cybertruck drivetrains in Texas, suggesting that the automaker could begin production on the futuristic truck by July […]
Peter McGuthrie
7 months ago 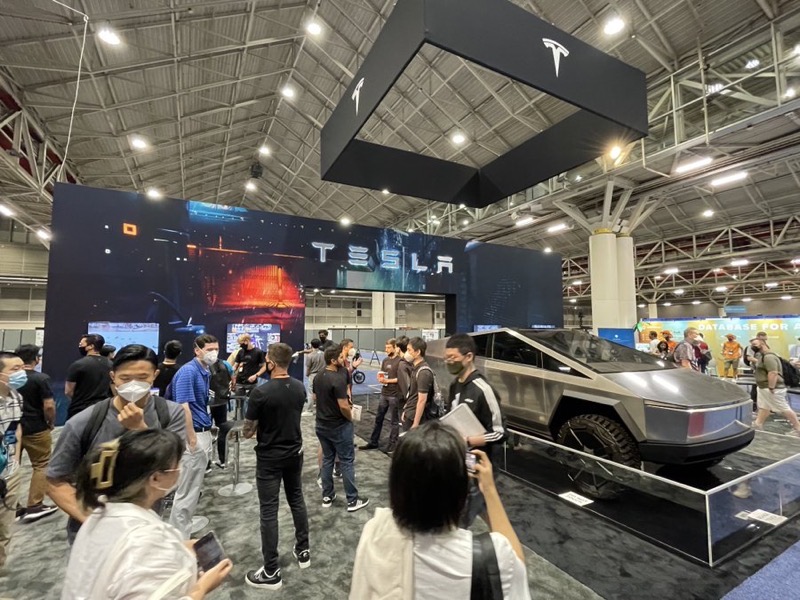 In part three of the Tesla Owners Silicon Valley interview with Elon Musk, the electric carmaker CEO revealed the Cybertruck design has been finalized. When asked about Cybertruck, Musk said “design is finally locked. For sure locked.” Musk noted with last year’s chip shortage being “so bad”, it wouldn’t have been possible to start Cybertruck. […]
Sarah Lee-Jones
7 months ago 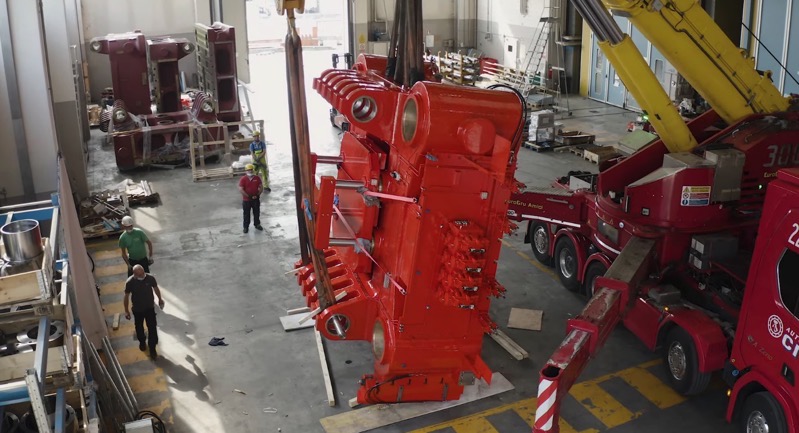 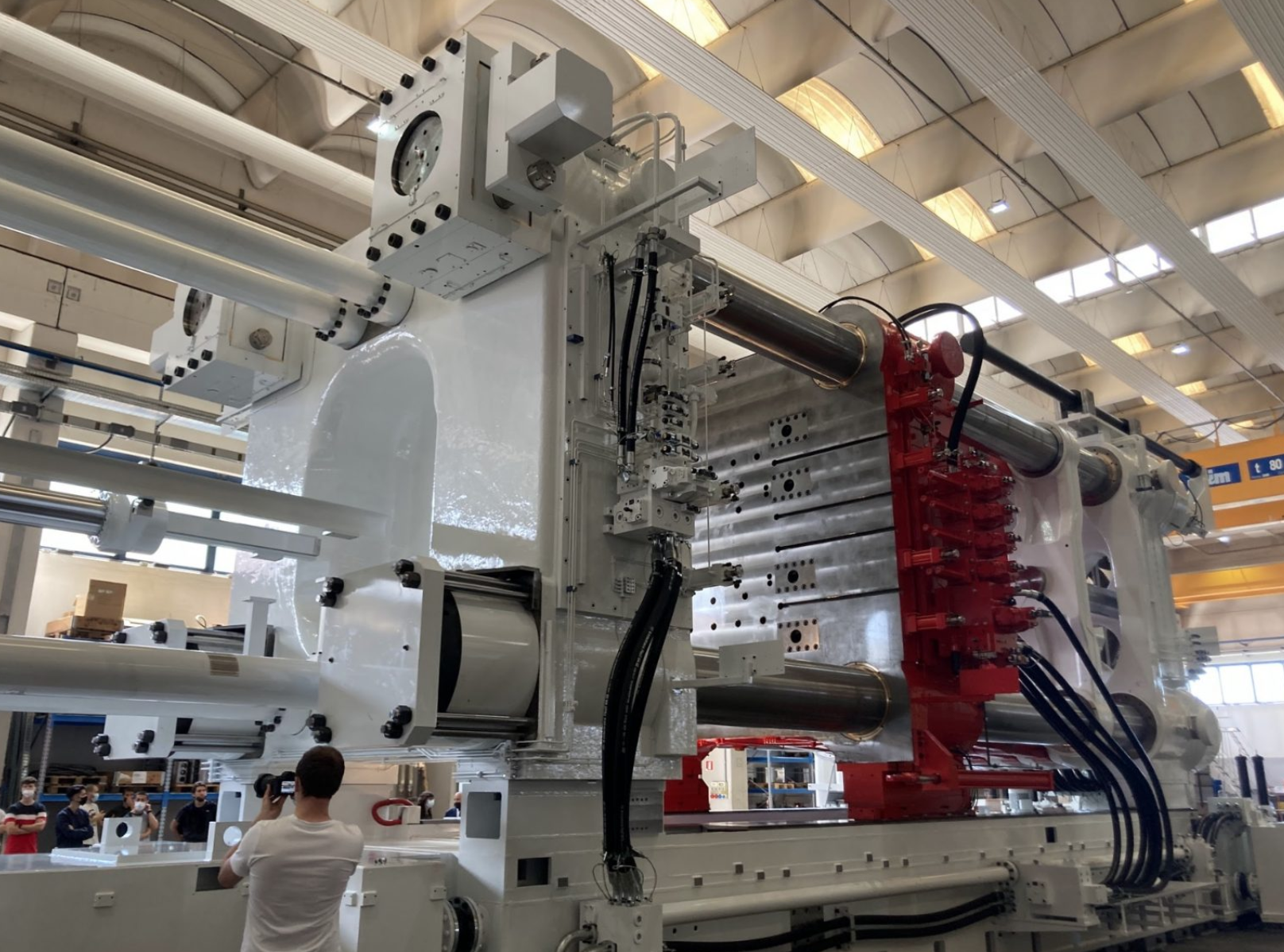 Tesla CEO Elon Musk confirmed that the automaker will use IDRA’s 9,000-ton Giga Press for the Cybertruck’s body, with the massive machine recently on display in Italy. The Tesla Cybertruck’s 9,000-ton Giga Press was showcased at an open house from the manufacturer IDRA, as detailed by an engineering student who recently got to see the […]
Peter McGuthrie
8 months ago