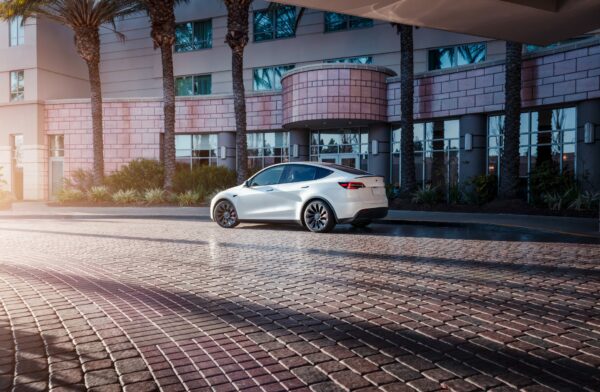 Tesla’s Model Y SUV has landed Europe’s title of best-seller for the second month in a row in December, outselling year-long winner Peugeot 208 during the month, according to a report from Automotive News Europe.

The Tesla Model Y sold 31,562 units in Europe in December, marking a 300-percent increase year over year. Second for December was the Tesla Model 3, which sold a total of 20,258.

Additionally, the third-best-seller in December was the Dacia Sandero with 17,592 units sold, representing a boost of 5.6 percent.

Hertz and Uber to Launch Up to 25,000 EVs in Europe, from Tesla and More https://t.co/jjYxQi9LVk

The Peugeot was also a top seller during the period between April and June, while the Model 3 earned the top model in March, the Model Y earned top-seller for September, November and December. The Dacia Sandero was the monthly winner in January of 2022. Only in October did the Model Y fall from the top 50.

Data from last month showed that Tesla had set quarterly delivery records in a number of different European countries, after the Model Y earned the best-selling car in November.

The Model Y then went on to earn the best-selling EV in 10 European countries throughout the whole of 2022.