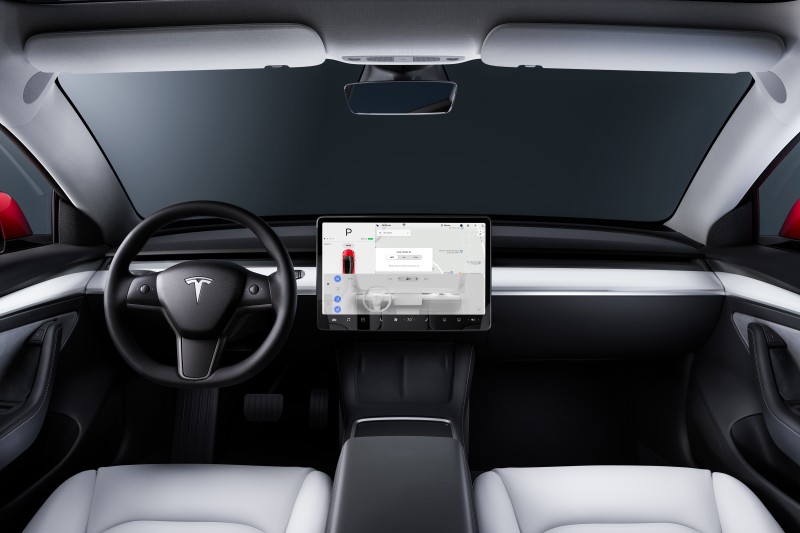 Tesla this week shared an exclusive behind-the-scenes look at its 2022 holiday update in a video shared on LinkedIn. Every year, Tesla releases a holiday update with fun new features and improvements for users.

“The holiday release is super exciting because, in a lot of ways, it’s Tesla’s gift back to our customers,” said Jon, an Engineering Manager at Tesla. “Once a year, we’re able to deliver a software update that’s just filled with tons of goodies and new and fun little easter eggs for people to play around with.”

This year’s holiday update was no different. Tesla owners who have already received the update can now stream Apple Music, access their interior Cabin Camera directly from their smartphone with Dog Mode or Sentry Mode enabled, and schedule Light Shows (even on multiple vehicles).

For the refreshed Model S and Model X, Tesla rolled out the Steam Beta for an “in-car PC gaming experience.” In the behind-the-scenes video, Tesla Software Engineer Patrick demonstrated how the Steam Beta works on the company’s vehicles.

Showcasing Cyberpunk 2077 running on the infotainment display, Patrick explained that the automaker adapted software from Valve’s Linux-based Steam Deck, a handheld gaming console, and configured it to run in a virtual machine on Tesla’s in-car operating system with the vehicle’s GPU passed through to it.