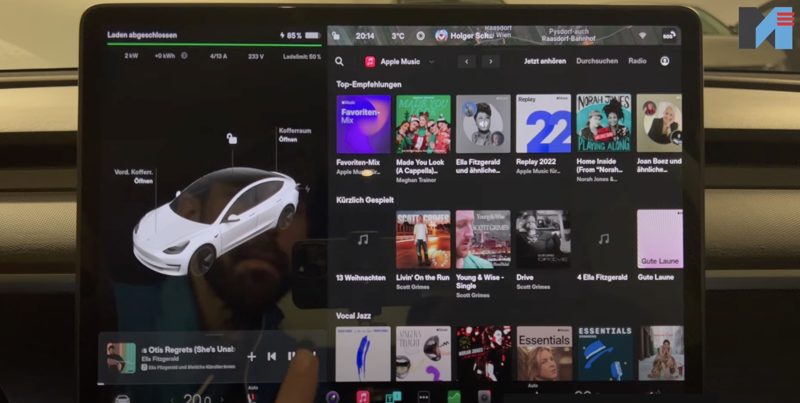 The huge update will now let you stream Apple Music, plus view your interior Cabin Camera on your smartphone when Dog Mode is enabled, allowing you to keep an eye on fido.

Also new is the ability to schedule a Light Show on multiple vehicles to “create your own orchestra of light” as Tesla puts it. There are also automatic turn signals, meaning when you turn into the next lane, your signals will go on automatically.

For Model S and Model X refresh vehicles, Steam Beta is here allowing you to play thousands of games with wireless controllers.

Also for Model Y Performance owners is Track Mode, a highly requested feature to let these owners take their vehicles to the track like the Model 3 Performance. Check out their teaser video below:

Tesla also has debuted fart sounds to be triggered from the company’s mobile app, while Zoom calls are also coming using the interior cabin camera. UI cards are back, including a new media card.

A new video from Vienna, Austria-based Teslamaniacs details a hands-on with Tesla’s 2022.44.25 holiday software update for 2022.

Despite being in German, we get to see all of the new features in action on a Model 3, along with improvements to fan control (low, medium, max), automatic signals, the addition of a new game Mahjong, an improved phone app and contact search, plus better media controls, trips and tire pressure. Rainbow Road can also be shown permanently now as well.