Tesla Model Y units in the company’s new “Quicksilver” color have started making their way to showrooms across Europe, just a few weeks after the first units with the new paint option were spotted outside Gigafactory Berlin-Brandenburg.

The new colorway has also reached showrooms in Denmark, according to @TSLA_Ownrs_DK.

The new Tesla Quicksilver Model Y has landed in Denmark! 🦅

Stop by your nearest Tesla showroom (Hillerød, Odense & Greve) and experience the new "made in Berlin-Brandenburg" color 🇩🇰⚡️🔋

Quicksilver is one of two Model Y colors Tesla has launched out of Gigafactory Berlin, the other being “Midnight Cherry Red.”

According to Tesla, both of these new colorways were developed at Giga Berlin using the facility’s state-of-the-art paint shop. They are only available on units produced at Giga Berlin (at least for now). 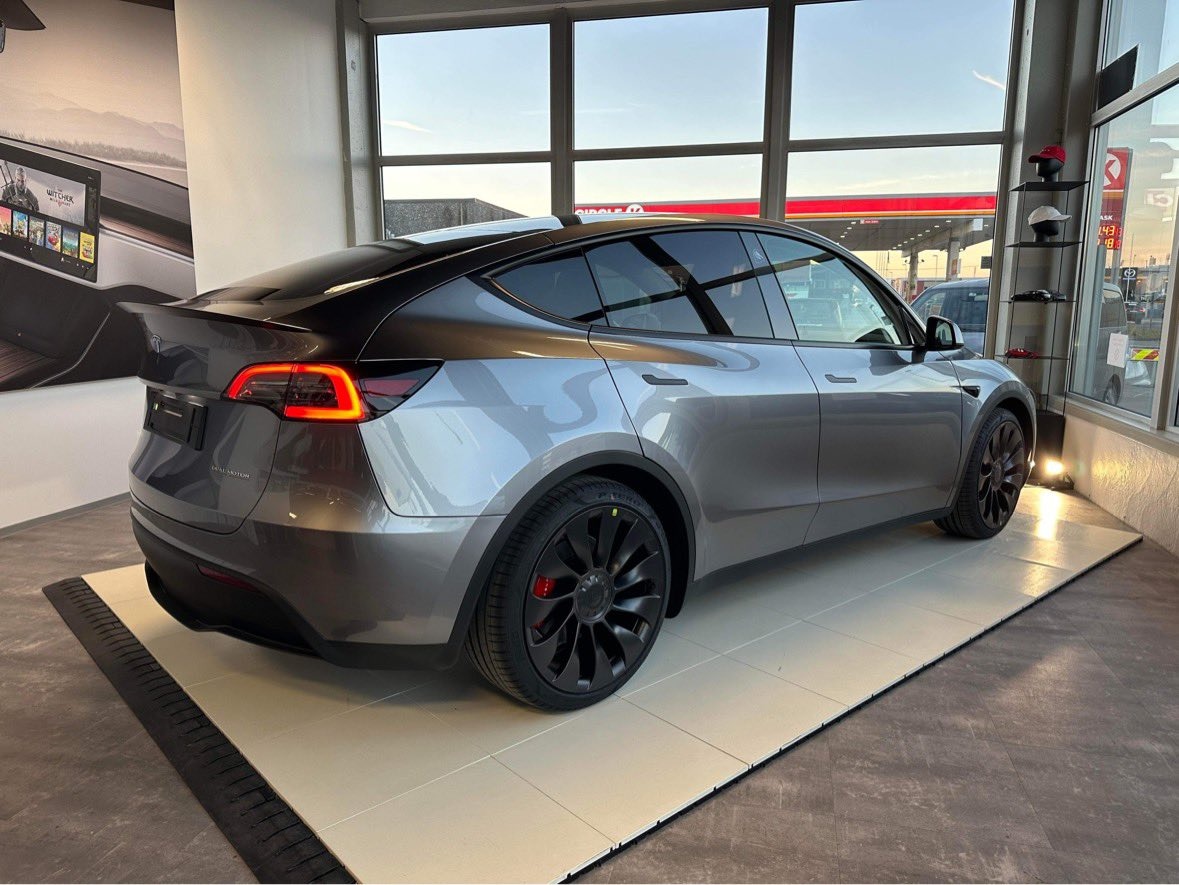 We got our first, high-quality look at the new Quicksilver color last month when a made-in-Berlin Model Y was shown off at the Zurich Auto Show.

Quicksilver and Midnight Cherry Red are only available on the Long Range and Performance trims of the Model Y, leaving out the entry-level RWD trim. Upgrading to the Quicksilver paint costs €3,000.

Now that Quicksilver Model Ys have started showing up at showrooms outside of Germany, deliveries of the new color in these regions should also begin in kind.

What are your thoughts on the Model Y in Tesla’s new Quicksilver paint job? Let us know in the comments below.