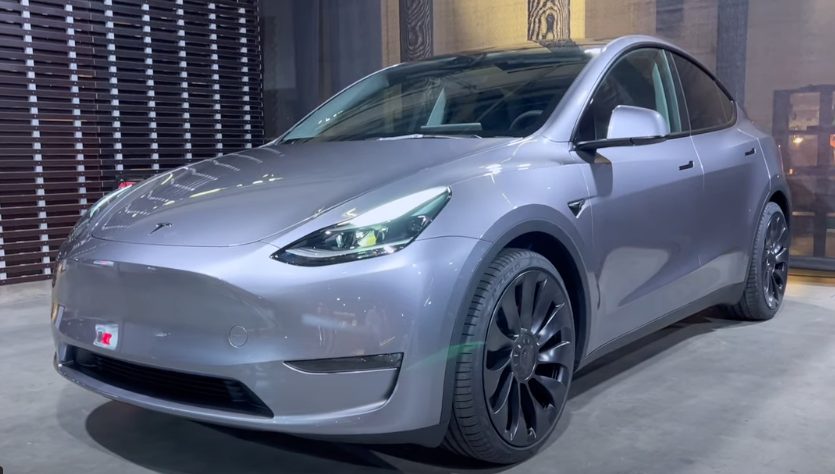 A few weeks after Tesla launched Quicksilver and Midnight Cherry Red paint colors for the Model Y, the first cars are now being showcased in Europe.

At the Zurich Auto Show 2022 in Switzerland, Tesla had numerous vehicles on hand, including the Quicksilver Model Y Performance. This is the first time we’re seeing the new Quicksilver paint option and it’s gorgeous. Some first photos were shared by Vision E Drive online: 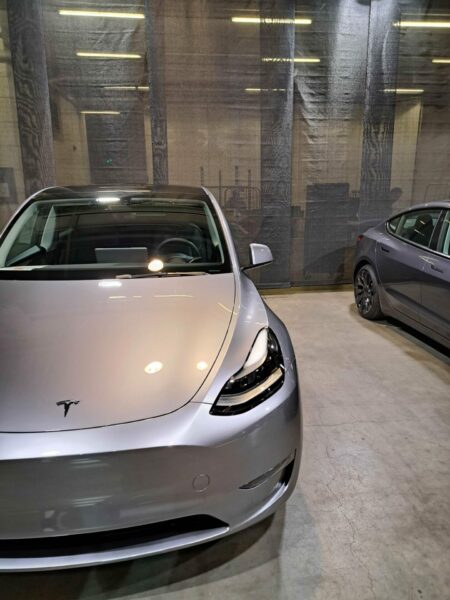 The Model Y units include a much lighter-colored silver than was previously available, appearing alongside a Midnight Silver Metallic Model 3 and black Model Y.

Auto Zürich takes place in Oerlikon, Switzerland, which is about six and a half hours from Tesla’s Giga Berlin in Grünheide, Germany. 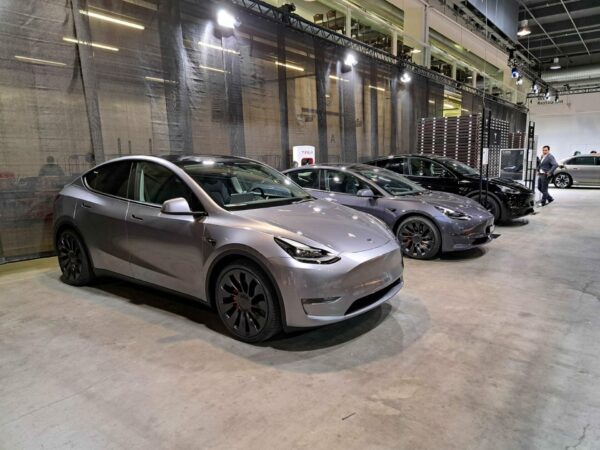 Just a few weeks ago, Tesla CEO Elon Musk explained that Giga Berlin’s paint shop can offer more unique colors than its other factories, due to a process of adding several different layers of paint to create complex colors that are exclusive to the Brandenburg plant.

He said the paint process allows for as many as 13 different layers of paint for added depth and dimension.

Musk also went on to describe both Midnight Cherry Red and Quicksilver as colors that are made from “highly-pigmented metallic paint,” also saying that they would change slightly depending on viewing angle and light.

Check out a 4K video of the Quicksilver Model Y from Josip Ricov, below. The car has no ultrasonic sensors on the front or back bumpers as that feature has since been removed. The Model Y Performance is also on software 2022.40.100 with Navigation Data showing as EU-2022.12-13877:

The Tesla Model Y earned the title of News AU‘s 2022 Car of the Year, following testing of eight different gas and electric vehicles on Australian roads. The outlet notes the Model Y’s 450km driving range, its roomy cabin compared to gas cars, its brisk acceleration and its sharp steering as a few of the […]
Peter McGuthrie
4 hours ago