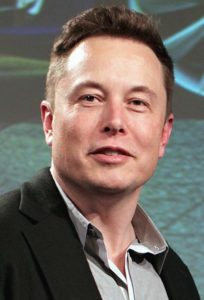 Tesla Inc.’s unconventional CEO Elon Musk took to Twitter yesterday to share some news about the new Tesla Gigafactory in Berlin. Musk’s tweet boasts about the paint shop in the electric vehicle manufacturer’s newest European factory. In the tweet Musk said, “Giga Berlin will have world’s most advanced paint shop, with more layers of stunning colors that subtly change with curvature.”

Giga Berlin will have world’s most advanced paint shop, with more layers of stunning colors that subtly change with curvature

While the statement is certainly a lofty one, there’s still no telling what the company has in store for its first Berlin-based production facility. Plans are still in the works. As a matter of fact, construction of the facility itself remains stalled. A recent discovery of unfit foundation soil caused Tesla some unexpected problems with the building of Giga Berlin. The local government now requires an updated application from Tesla.

In any case, the claims of the world’s most advanced paint shop are exciting. News on Tesla Giga Berlin comes at a welcome time for the company. Many of Tesla’s operations are impacted by the spread of COVID-19. Updates on European expansion presents even more opportunity for those who are curious about Tesla.

It’s also important to note Elon Musk’s follow up tweet. In it he said, “To be clear, Fremont & Shanghai will also be upgraded over time, but it’s hard to retrofit these improvements to an operating paint shop.”

Tesla highlighted its accomplishment on Tuesday of opening Supercharger stations to non-Tesla electric vehicles (EVs) across 15 European countries, which it says is equal to about 50 percent of Supercharging stalls in all of Europe. The announcement was made from the new @Tesla_Europe Twitter account. The Supercharging network is now open to all EVs in […]
Peter McGuthrie
9 hours ago

Indonesian President Joko Widodo said he is “confident” Tesla will finalize an investment into a production facility in his country, according to a report on Tuesday from Reuters. President Jokowi, as he is colloquially referred to in Indonesia, also highlighted potential benefits such as tax breaks for the company or a concession to mine nickel. […]
Peter McGuthrie
9 hours ago

Tesla is looking to increase production output at its Gigafactory Shanghai in the next two months, to help meet the demand created by its recent price cuts, according to a source with knowledge of the plan and a planning memo seen by Reuters. The memo says that Giga Shanghai is targeting a weekly average output […]
Peter McGuthrie
10 hours ago