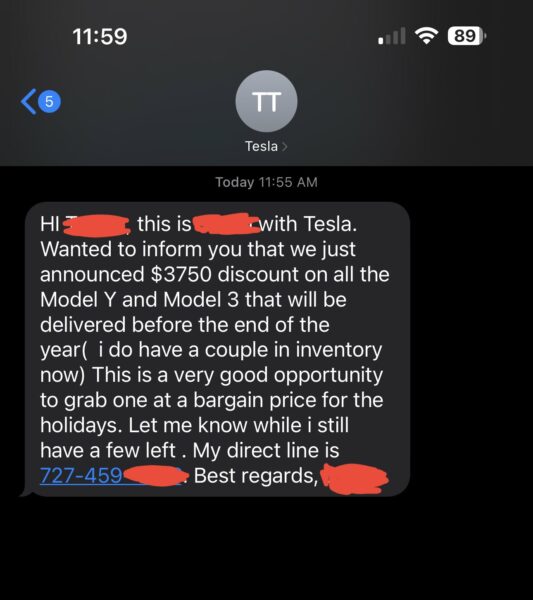 As Tesla heads into the final month of the year, the automaker is looking to boost customer orders with a new discount option for its flagship sedan and SUV models.

Tesla is offering a $3,750 discount on Model 3 and Model Y orders in North America, as seen in a text message sent from the automaker to WaitingforTesla.com (@w4Tsla) on Thursday.

In the text message, the Tesla employee also notes that the vehicles will come before the end of 2022, adding that the automaker has some in inventory already.

“Hi [redacted], this is [redacted] with Tesla,” the employee wrote in the message. “Wanted to inform you that we just announced $3750 discount on all the Model Y and Model 3 that will be delivered before the end of the year( i do have a couple in inventory now).”

A reply from Tesla said this discount is not related to the upcoming $7,500 federal tax incentive.

WaitingforTesla.com told Tesla North the deal is also showing on the company’s existing inventory website. “Take delivery of a new Model 3 or Model Y in December 2022 for a $3,750 credit,” says the automaker. 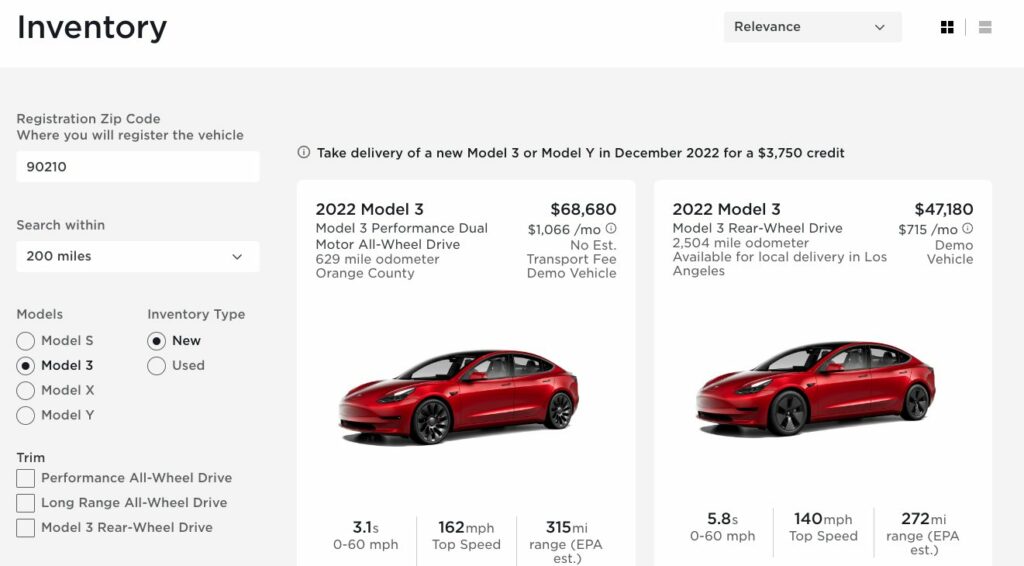 The news comes just a few days after a report said that Tesla was developing a simplified Model 3 “Highland” design, expected to make the sedan’s interior even more minimal.

Currently, Tesla remains the market share leader on luxury vehicles and electric vehicles (EVs) in the U.S., though this landscape is slowly shifting as other automakers introduce their first few EVs to the market.