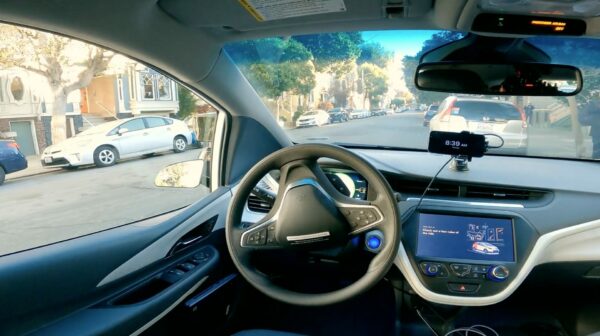 Cruise has launched driverless rides during the daytime in San Francisco, with the first ride taking place on Thursday at 8:30 a.m., according to co-founder @Kyle Vogt.

The post includes a video detailing the first ride, showing actually footage from the ride and reactions from some of the company’s employees using the daytime driverless ride.

Both passengers had already tried the GM-owned Cruise’s evening driverless rides but expressed excitement over being able to try the system during the day.

Today @Cruise launched *daytime* driverless rides. Service is live for Cruisers and will launch to the public soon.

First ride was this morning around 8:30 am: pic.twitter.com/tRpFLt9DWM

The service areas for Cruise are still split, with daytime rides only taking place in a small area around the sunset district of San Francisco, though Vogt says it will eventually merge with the nighttime district to cover significantly more of the city.

Cruise’s first driverless ride was launched last year in the city, and the robotaxi service gained approval for paid driverless rides in June. The original Cruise tests began in late 2020.

One of the Cruise robotaxis was recalled in September after an accident, though GM simply deployed a software update to fix the issue.

GM invested an additional $3.45 billion into Cruise in March, with $2.1 billion going toward gaining an equity ownership stake in the company from previous owners SoftBank Vision Fund 1, and the other $1.35 billion being a direct investment.

General Motors (GM) is set to launch more than 15 electric vehicles in China by 2025, according to statements from the automaker during its Tech Day event on Tuesday in Shanghai. The EVs are set to be launched on GM’s Ultium drivetrain, and the company expects to have an annual production capacity of about one […]
Peter McGuthrie
5 days ago