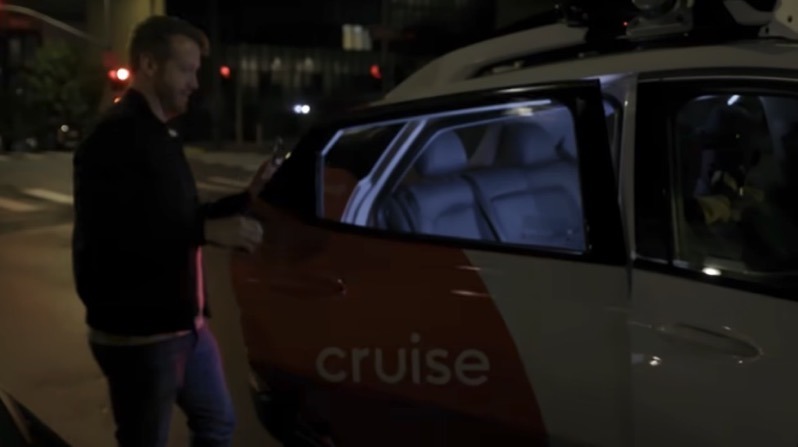 On Wednesday, Kyle Vogt, co-founder, president and CTO at Cruise, detailed being the first passenger to be picked up by a driverless Cruise vehicle, which occurred on Monday night.

“Earlier this week, I requested a ride through our Cruise app and took several back-to-back rides in San Francisco – with no one else in the vehicle! There are lots of other Cruise employees (not just me) who are testing and refining the full customer experience as we take another major step toward the first commercial AV ridehail product in a dense urban environment,” explained Vogt.

“I’m still speechless. I got to take the first ride, by anyone, ever, in a *driverless* robotaxi on the streets of San Francisco,” expressed Vogt. He said his ride was “officially ride #1 for Cruise.”

10) Thank you to everyone at @Cruise, @Gm, and all the spouses, significant others, and family members who helped support us on this journey. We are only just getting started, but it’s looking to be a great ride.

Vogt also linked to the “full, unedited shot of the steering wheel and cameras” in the video below, along with “the time before and after rides when the AV was in “ghost mode” and driving around without anyone in it.”

Backed by General Motors, the first generation AV from Cruise is a Chevy Bolt, that has “logged millions of city miles to make self-driving a reality.”

The Bolt has over 40 sensors and 360-degree views to see what’s around it and surrounding objects “within centimetres”. You can see the amount of equipment needed for the Cruise vehicle in the image above, which includes leveraging LiDAR (light detection and ranging) as part of its tech stack. It will be interesting to see how the Cruise vehicle performs on busier streets and during inclement weather.

Tesla’s Autopilot and Full Self-Driving beta, on the other hand, relies on cameras and ultrasonic sensors only, along with its hardware stack to accelerate, brake, steer, navigate and avoid objects, even on city streets, without LiDAR or radar.

Elon Musk has long promised a Tesla’s ability to drive on its own across the United States, but that hasn’t materialized yet. But the latest FSD beta videos we’ve seen continue to show significant improvements, as the system continues to learn and get smarter, thanks to a fleet of beta testers in the United States and beyond.