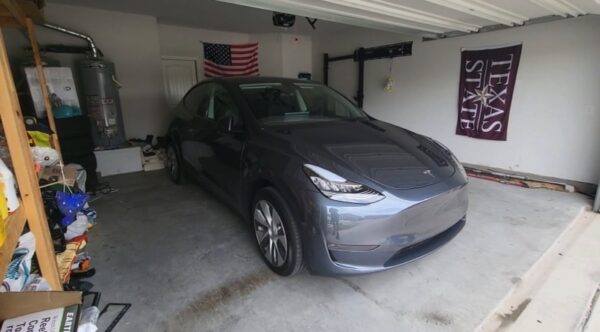 After reports surfaced of Tesla preparing to launch a Standard Range All-Wheel-Drive (AWD) Model Y trim for the U.S. market, a new Environmental Protection Agency (EPA) approval shows the company is finally set to debut the new trim option for 2023.

Tesla is getting ready to launch a new Model Y trim option for 2023, featuring a Standard Range, AWD configuration, and it recently got approval for this model from the EPA, according to Teslarati.

The 2023 Model Y’s Certificate of Conformity has been added to the EPA’s database, with the third configuration being called the “Model Y All-Wheel-Drive,” omitting the Long Range and Performance titles from the other two included.

Currently, Model Y buyers in the U.S. can pick between AWD versions of the Long Range and Performance trim options — both featuring the last-generation 2170 battery.

Tesla launched a Standard Range Model Y with 4680 batteries to employees only earlier this year, debuting at a price of $59,990 and later increasing the price tag to $61,990.

It’s not clear as of yet when Tesla will officially launch the Standard Range AWD 4680 Model Y for consumers, but the Certificate of Conformity would suggest that its debut in the larger market is imminent.

“We are finally gaining rapid traction on the 4680 cell. And its output is growing rapidly, and we expect it to start incorporating in cars and having it be a significant portion of our production here in Texas in the coming months. We also have our second generation of manufacturing equipment for 4680 cells in Texas, which continues to show great progress along with our original pilot line in Fremont,” said Musk.

Tesla also said during its Q3 that Giga Berlin will soon get 4680 battery cells for the Model Y before the end of the year.

Tesla has changed its estimated delivery times on all models in China, with the order configurator page now saying all Model 3 and Y trims will be delivered in “December 2022” (via @Tslachan). Previously, each trim and model displayed one to five weeks for estimated delivery. The change comes as Tesla seemingly pivots to focus […]
Peter McGuthrie
4 hours ago

The Tesla Model Y earned the title of News AU‘s 2022 Car of the Year, following testing of eight different gas and electric vehicles on Australian roads. The outlet notes the Model Y’s 450km driving range, its roomy cabin compared to gas cars, its brisk acceleration and its sharp steering as a few of the […]
Peter McGuthrie
5 hours ago