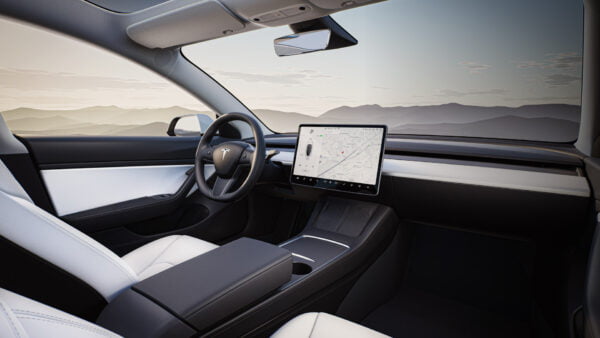 A new safety recall has hit Tesla, this time affecting seat belts in the back seat of Model 3s made within the last five years in the U.S. market.

Tesla has reported a recall notice of over 24,000 Model 3 units to the National Highway Traffic Safety Administration (NHTSA) this week, according to a report from Reuters.

The recall affects Model 3 units with build dates from 2017-2022, and the company told the U.S. agency it has reports of 105 service repairs including its warranty claims.

The automaker said the vehicle’s second-row left seat belt buckle and center seat belt anchors may have been assembled wrong during service, which could cause injury or worse in the case of an accident.

Tesla also sent an email to customers with possibly affected vehicles part of this proactive recall. Zack (@BLKMDL3) shared a photo of the email from Tesla, which says it “decided to proactively recall certain Model 3 vehicles manufactured between 2017-2022 to inspect the assembly of the second-row left-hand seat belt buckle and the center seat belt ancho to ensure components are fastened to specification.”

The automaker says, “servicing certain components of Model 3 vehicles requires disassembly of the second-row left-hand seat belt buckle and center seat belt anchor, both of which are fastened with the same bolt. One or both components may have been incorrectly reassembled during service. We are not aware of any crashes or injuries relating to this condition.”

Tesla says no action is needed as the company will reach out to customers to inspect cars at “local pop-up service events.”

Anyone else get this? pic.twitter.com/8SA6bkVqfF

While the majority of Tesla’s recalls can be solved with a software update, hardware issues such as this typically require service personnel to replace the parts affected.

In April, Tesla faced a recall of the Model X SUV with build years from 2021-2022, due to an issue with the front row’s curtain airbag.

The news comes just a week after CEO Elon Musk said that Tesla has improved ride comfort in both the Model 3 and Y with the most recent build.