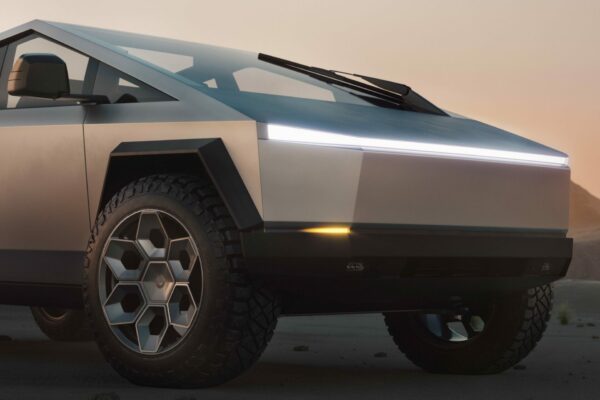 Unplugged Performance has debuted the world’s first Tesla Cybertruck aftermarket wheel, dubbed the UP CYBRHEX Forged. The company shared a concept of what it believes is likely Cybertruck’s final design sporting these aftermarket wheels. Any speculation UP would have first dibs to share the final Cybertruck design, instead of Tesla, would be completely unreasonable and clickbait.

The wheel was created in collaboration with Designer Sasha Selipanov who has also worked on Hypercars including the Lamborghini Huracan, the Bugatti Chiron, and the Koenigsegg Gemera and CC850 models.

The wheel includes a honeycomb-like hexagon shape, and the wheels are available in 20- to 22-inch sizes in colors including glossy black, satin black, satin bronze and satin titanium.

“I’m thrilled to team up with Unplugged Performance for this new wheel design. We aimed for something that looks equally at home on Earth and on Mars. The result is a great match for the brutalist aesthetics of the Tesla Cybertruck,” said Selipanov.

The company also notes on its shop page that the wheels won’t ship until final testing and validation is able to be completed on a production version of the Tesla Cybertruck. Tesla is expected to begin production of the Cybertruck in mid-2023.

Another Tesla aftermarket product, the Cyberlandr, has received over $100 million in preorders with a camper concept for the Cybertruck.