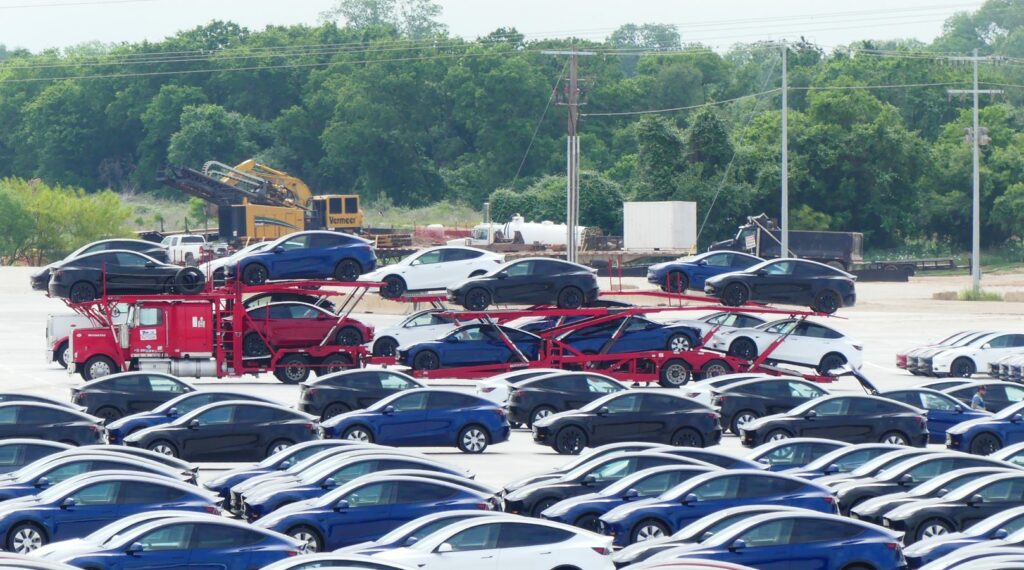 Car hauling companies are requesting that the Biden administration raise weight limits aboard semi-trucks to let them move heavier EVs, as reported by Automotive News.

The move to increase truck weight limits is heavily opposed by the rail industry and safety advocates, which claim that heavier loads are a lot more dangerous.

While EVs have caused increased vehicle weights with their heavy battery packs in recent years, the average car and truck weight has jumped from an average of 3,200 pounds to 4,200 pounds over the last forty years without the influence of EVs, according to the Environmental Protection Agency.

Car hauling companies remain an important feature of the auto industry, moving thousands of cars daily. If the regulations aren’t changed, these companies warn that it will further slow down deliveries and increase costs, which could risk slowing down the important goal of making the auto industry emission-free.

“The truth is we will not be able move as many electric vehicles under the current weight limit. That could mean more trucks on the road, delays in orders and increased costs,” said Sarah Amico, executive chairperson of Jack Cooper, one of the largest U.S. car hauling companies.

Trailers themselves are limited under the current regulations, which date back to 1975, to just 80,000 pounds of gross vehicle weight, for which the truck and trailer can often account for half on their own.

The American Trucking Associations has requested to lawmakers to raise the weight limit by 10 percent, to 88,000 pounds. The extra limit would allow car haulers to transport the same number of EVs as gas cars. For example, the Ford F-150 Lightning electric truck weighs roughly 1,600 pounds more than its gas equivalent.

Tesla’s latest version of the Full Self-Driving (FSD) beta can detect certain kinds of Autopilot-defeat devices and the company plans to adapt the version according to new methods discovered over time, reports @Teslascope. If detected using such devices, the FSD beta’s software version 10.69.3.1 will force Autopilot disengagement and it will result in strikes against […]
Peter McGuthrie
22 hours ago

Tesla is ‘recalling’ roughly 80,000 vehicles in China due to seatbelt and software issues, according to the State Administration for Market Regulation in a statement on Friday (via The Wall Street Journal). The regulator said that a recall filing had been for Tesla’s vehicles, which is currently the second largest automaker in the country. The […]
Peter McGuthrie
23 hours ago