Tesla’s Model Y Sheds Some Weight According to Website

Tesla updated its specifications for two Model Y variants, showing that they now weigh less than they did before.

One Tesla enthusiast pointed out updated specs for the automaker’s Model Y units on Thursday, applying to both the Long Range All Wheel Drive and Performance variants (via @SawyerMerritt). 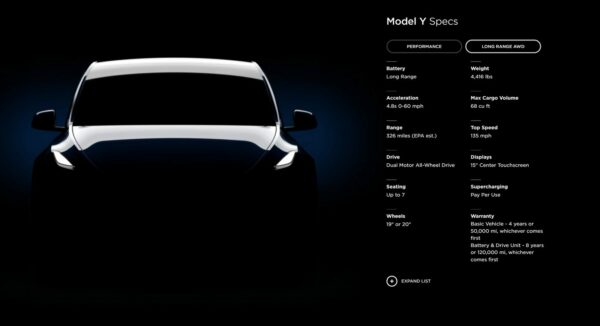 While many in the thread speculated as to if the change could mean a switch to the 4680 structural battery pack, others were quick to note that the weight difference would be far greater, with the structural pack theoretically totaling nearly 500 pounds lighter.

One user also pointed out that these Model Y units may well have switched away from Tesla’s lead-acid battery, to lighter 12V lithium-ion versions, as a potential reason for the weight change.

The first Model Y units built at Tesla’s Gigafactory Texas are expected to deliver with 4680 structural battery packs, once the facility is officially ready for production.

Still, one report last month said Tesla’s Gigafactory Texas is expected to deliver its first Model Y units by the end of the first quarter.

In 2021, the Tesla Model Y was the best-selling electric vehicle (EV) in the U.S., followed by the Model 3.

The Tesla Model Y launched in Australia last August, and it has been so popular with recent price cuts that its deliveries are being pushed further and further out. Tesla’s Model Y units are now showing estimated delivery dates of February to May on the company’s order configurator, as detailed in a report from The […]
Peter McGuthrie
7 hours ago