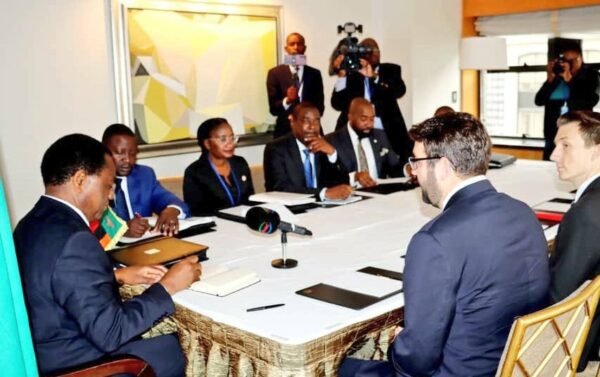 SpaceX’s Starlink satellite internet looks to be headed to Zambia, with a new photo surfacing showing the company’s officials meeting with authorities in the African country.

A team from SpaceX met with Zambian officials on Monday, according to a post on Twitter from the country’s Special Assistant to the President of the Republic of Zambia, @Jito Kayumba.

In the post, which received a reply from SpaceX Head Elon Musk, Kayumba posted a picture of officials in a board room saying Starlink would “escalate Zambia’s position in the digital economy and enable universal access to internet.”

@Musk responded to the tweet, saying, “Looking forward to providing Starlink service to the people of Zambia!”

Looking forward to providing Starlink service to the people of Zambia!

The news comes just months after SpaceX’s Starlink was approved in a few other countries in Africa.

Starlink was also approved in Nigeria and Mozambique earlier this year, within the same week that Musk said SpaceX’s satellite internet would soon be coming to Africa.

The U.S. Air Force also announced plans to use SpaceX’s Starlink in Africa and Europe last month, with around $1.9 million in spending dedicated to its 86 Air Lift Wing crew and mission.

The news also comes just a week after the Starlink satellite network gained service on every continent with a new Starlink terminal in Antarctica.

A new Starlink dish just dropped, this time featuring a wider range of weather capabilities for use in harsh marine conditions. SpaceX released a new Starlink dish for marine customers this week, featuring an overall flatter design and a much higher wind resistance, as can be seen on the company’s website (via @Sawyer Merritt). The […]
Peter McGuthrie
14 hours ago