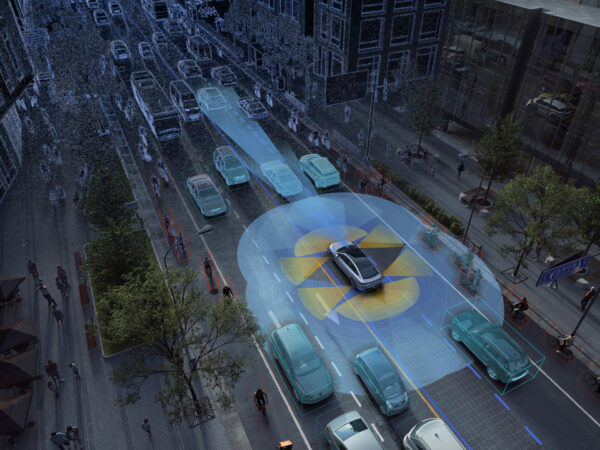 Xpeng Motors is set to launch its City Navigation Guided Pilot (City NGP) program in China, making it the first Chinese automaker to launch a high-level, semi-automated driving system in the country.

As reported in a press release on Thursday, Xpeng plans to launch the City NGP program on Wednesday, available to drivers of the P5 sedan via its own advanced driver assistance system (ADAS), XPILOT 3.5.

“When City NGP is activated with a set destination, the vehicle itself can perform the full range of driving tasks such as cruising with a safe distance from leading vehicles, changing lanes due to navigation or vehicle overtaking decisions, handling merging/splitting roads, getting around stationary vehicles or obstacles, and maintaining an appropriate speed throughout the driving route,” said XPeng.

“We believe the continuous evolvement of City NGP and the expansion of its coverage will accelerate the transformation of the driving experiences of our customers,” said Mr. He Xiaopeng, Xpeng’s Chairman and CEO.

City NGP leverages LiDAR units on vehicles, millimeter-wave radars, positioning units and other sensor hardware. The XPeng P5 will be the first vehicle to get City NGP. Customers will need a 7-day “familiarization period” and 100km of driving with City NGP before full features are available. Next to get City NGP will be the company’s next G9 SUV slated to debut on September 21.

The Xpeng City NGP product is a rival to Tesla’s Full Self-Driving (FSD) beta, which has yet to launch in China, while the automaker’s XPILOT rivals the U.S. company’s Autopilot.

Software code spotted by an online sleuth last November suggested that China could be receiving Tesla’s FSD beta soon. Still, there’s no guarantee as to when or if the software will arrive in China, especially amidst worsening tensions with the U.S.

In April of last year, Xpeng settled a lawsuit over a former Tesla employee stealing Autopilot source code for the automaker. Tesla CEO Elon Musk has also spoken freely about the fact that Xpeng’s self-driving software is based on old versions of Tesla’s Autopilot. Our Next Energy plans to spend $1.6 billion on a new battery cell plant in suburban Detroit to produce lithium iron phosphate cells and battery packs, as detailed in a report from Automotive News. The company, often dubbed “ONE,” signed a lease in Michigan for a 659,589-square-foot building located 25 miles west of downtown Detroit […]
Peter McGuthrie
15 hours ago