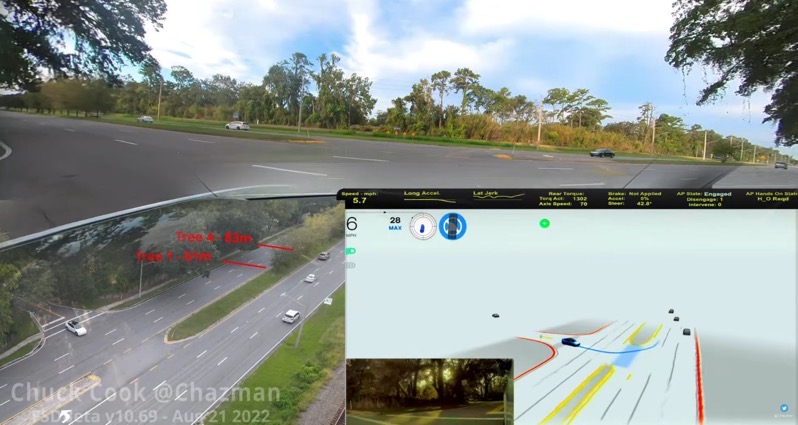 Tesla CEO Elon Musk announced on Thursday the next version of FSD beta, 10.69.2.1 is set to release “in a few days with additional polish.”

He also added FSD beta 10.69.3 “comes out shortly after AI Day”, which is set for September 30, 2022. Musk says an Optimus robot prototype will be available on demo.

Musk also added FSD beta will be expanding to Safety Scores above 80 after 10.69.2.1 rolls out, meaning more customers that paid for FSD will be available to gain access.

Earlier this week, FSD beta 10.69.2 was released for internal testers and eventually made its way to customer testers as well.

You can see the latest FSD beta 10.69.2 test drives in the videos below:

Tesla’s latest version of the Full Self-Driving (FSD) beta can detect certain kinds of Autopilot-defeat devices and the company plans to adapt the version according to new methods discovered over time, reports @Teslascope. If detected using such devices, the FSD beta’s software version 10.69.3.1 will force Autopilot disengagement and it will result in strikes against […]
Peter McGuthrie
8 hours ago

Tesla is ‘recalling’ roughly 80,000 vehicles in China due to seatbelt and software issues, according to the State Administration for Market Regulation in a statement on Friday (via The Wall Street Journal). The regulator said that a recall filing had been for Tesla’s vehicles, which is currently the second largest automaker in the country. The […]
Peter McGuthrie
10 hours ago