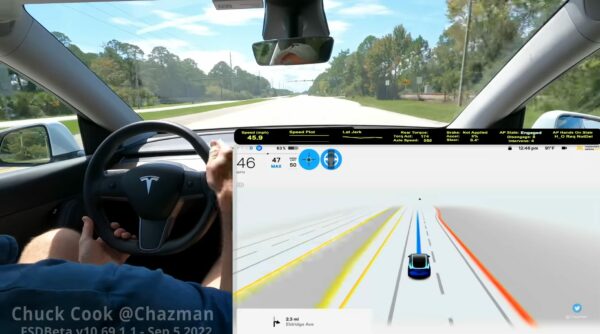 Tesla has released its 2022.20.15 software update on Saturday evening, as detected by @Teslascope. This 2022.20.15 release is actually Full Self-Driving (FSD) beta 10.69.2 according to @Teslascope, but for employee testers only.

On Friday, Tesla CEO Elon Musk said there would be an internal rollout to employees, then a wider release on Saturday.

But on Saturday afternoon, Musk revealed, “Team found a bug causing an 8% delay in detecting pedestrians at >50m. That’s been fixed, so rolling out tonight.”