Tesla Can Now Make 6,500 Powerwalls, 42 Megapacks in a Week at Giga Nevada: Report 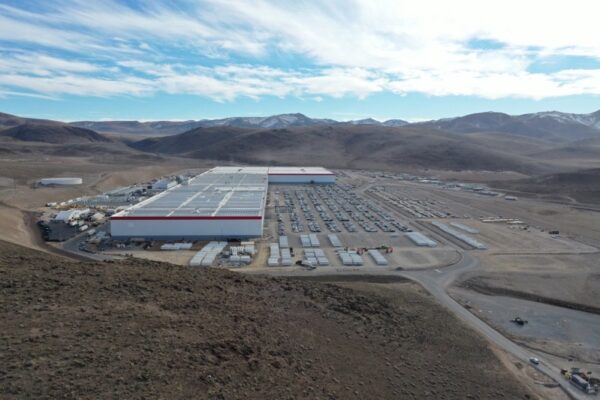 Tesla’s Vice President of Gigafactory Operations Chris Lister has departed from the company, as confirmed in leaked audio shared with CNBC. Lister spent 22 years at PepsiCo in precision manufacturing, before starting at Tesla in 2017.

The audio, captured from an internal meeting at Giga Nevada, discusses Lister’s leaving and the promotion of Hrushikesh “Hrushi” Sagar to oversee the factory’s operations.

The speech took place in front of hundreds of employees of the Nevada factory, discussing themes ranging from Lister’s departure to performance reviews, factory milestones, a new water treatment project and other upcoming goals.

The audio also noted that Giga Texas and Giga Berlin had both reached production rates of 1,000 cars per week. Additionally, employees asked where the next Tesla Gigafactory might be built, as speculation about hiring, lobbying and investments up North continues to surface.

Giga Nevada can now make 6,500 Powerwall batteries for consumers per week, and 42 Megapack batteries per week (size of a shipping container). Tesla is on track to produce 442 Megapacks in Q3, which would be 85% growth versus Q2. The company is also on track to increase its Powerwall production by 22% in Q3 (it made 37,600 in Q2).

At this year’s annual stockholder’s meeting, CEO Elon Musk said Tesla may announce a new Gigafactory location by the end of the year.

Tesla is planning to add a new showroom and service center in Northern Netanya, Israel, according to a property lease signed by the automaker, reports Globes. The site is located at 39-41 Hakadar Street in Netanya, complete with a nearby store from Chinese automaker Geely Geometry. The property includes about 3,300 square meters (10,826.77 square […]
Peter McGuthrie
19 hours ago