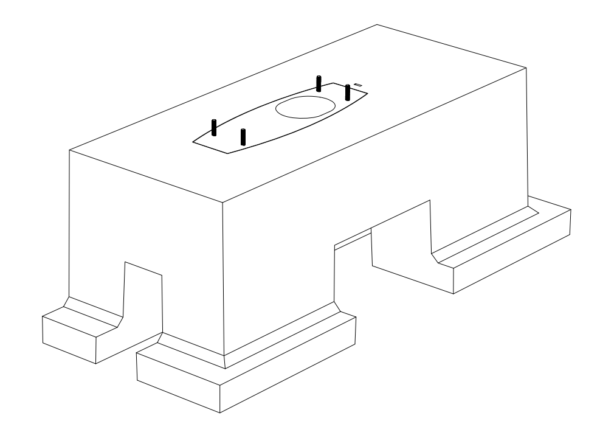 Over the past few years, Tesla’s rollout of the V3 Supercharger has been at swifty pace, but it’s already looking to install hardware to allow for its next generation of charging tech.

Tesla has started using a dual-post V4 Supercharger base at many of its stations in the U.S., expected to allow the automaker to switch to new hardware down the road (via @MarcoRPTesla).

The new V4 Supercharger stalls include a large, rectangular base with dual attachments for chargers. This should allow Tesla to make the switch to V4 chargers above ground when it begins deploying the next-gen chargers.

Tesla has started using V4 (Dual) pedestal bases at V3 Supercharger locations in the US.

These bases are rectangular, as compared to the current elliptical ones.

As time goes on, this will facilitate the switch to V4 chargers, since the swap will be done above ground. pic.twitter.com/rhuih8Wzeh

Tesla’s V4 Supercharger dimensions were also discovered by @MarcoRPTesla last month, showing it’s expected to have a taller, slimmer profile. It’s still not yet clear, however, what the specific shape of the new Supercharger housing will be.

In July, reports came out saying that Tesla was seeking public funding to help open its Superchargers to non-Tesla vehicles. During its earnings call in the same month, Tesla said it had 4,000 Superchargers deployed.

Long-term vehicle subscription service Autonomy has launched an end-of-year sale that lets users subscribe to a Tesla Model 3 for what it is calling the “lowest price anywhere” for the electric sedan. Customers need to put down a $3,000 deposit and then pay $450 per month for the first 12 months, said Autonomy earlier this […]
Peter McGuthrie
21 hours ago