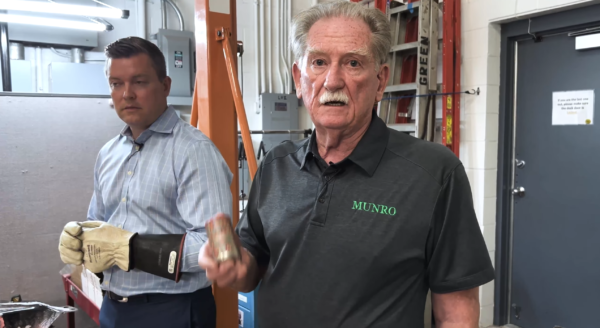 Sandy Munro’s team has been making its way through a teardown of the Tesla Model Y 4680 battery cell structural pack while Sandy was traveling, and now Sandy’s finally back and is taking a look at the disassembled hardware.

In a new video shared by Munro Live this week, Sandy finally got a chance to look at and review the disassembled 4680 structural battery pack from Tesla, with the help of Munro & Associates President Corey Steuben.

In the video, Sandy says it’s more of an update than new information since Steuben and other associates at the firm have been discussing various layers of the battery pack in recent weeks.

Munro notes in this video that the pack’s collector plates are connected directly to the cell, while the 2170 battery pack models utilize extra hardware in the form of wire bonds to make this happen.

Sandy also explained that he prefers this configuration, since it cuts down on pieces used quite significantly.