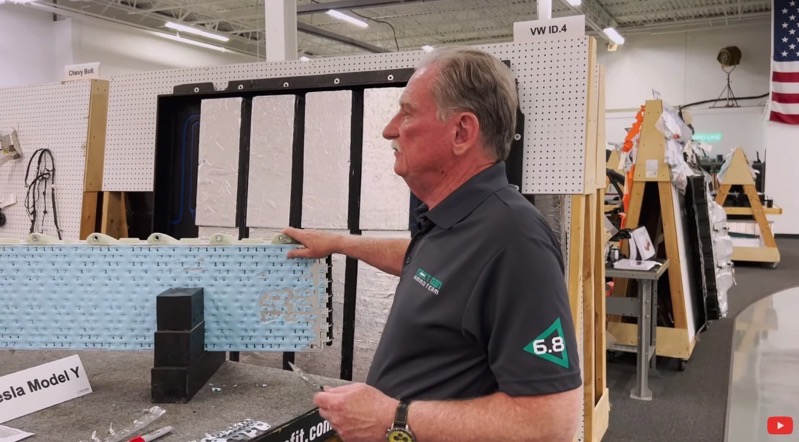 But the bigger announcement was Munro’s team has purchased a Texas-made Model Y with a 4680 structural battery pack, and is tearing down the latter the moment they receive delivery of the vehicle in Florida.

Recently, Texas-made Model Y vehicles with 4680 battery packs hit Tesla’s new inventory and were available for instant delivery in Florida. It seems Munro jumped on the opportunity and they are picking up the car today.

Munro Associates will also share the first look at the Model Y gigacastings at either the front, rear and center, while also showing the battery pack and seats coming out attached together.

Munro also says they are heading to Italy to visit the maker of Tesla’s Gigapresses, IDRA, and will share a video of the tour soon.

Tesla’s Gigafactory Texas is reportedly aiming for 75,000 units of the Model Y in the first quarter of 2023, according to an unnamed source who shared the information with electrek. The figure equates to more than 5,000 units per week at the site for the entire quarter, marking a significant production increase from the 1,000 […]
Peter McGuthrie
3 hours ago

Although Tesla currently remains the top electric vehicle (EV) manufacturer in the U.S., a new study shows that increasing competition is slowly chipping away at the company’s market share. Tesla has a 65 percent EV market share in the U.S. in the first nine months of 2022, which is down from 79 percent in 2020, […]
Peter McGuthrie
5 hours ago

As Tesla heads into the final month of the year, the automaker is looking to boost customer orders with a new discount option for its flagship sedan and SUV models. Tesla is offering a $3,750 discount on Model 3 and Model Y orders in North America, as seen in a text message sent from the […]
Peter McGuthrie
5 hours ago