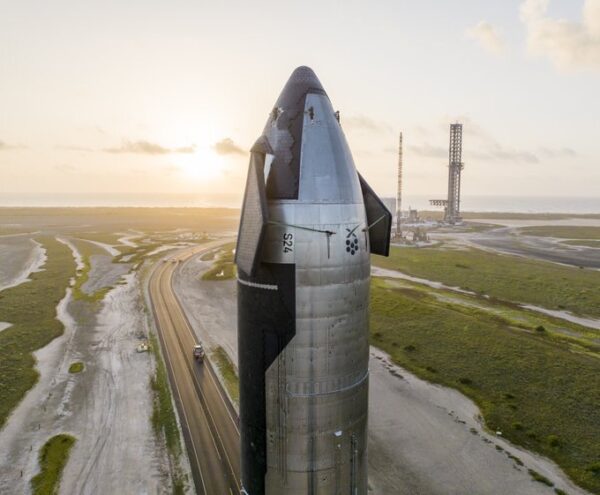 SpaceX says both its Falcon 9 booster and reusable Starship rocket will be used to launch its next-generation Starlink satellites, according to a filing with the Federal Communications Commission (FCC) on Friday (via PCMag).

The plan is expected to “further accelerate” the deployment of the Starlink constellation for the second-gen satellite system. The company is targeting around 30,000 orbital satellites and it currently has just a couple thousand.

In a filing, the company wrote, “Specifically, SpaceX plans to launch satellites for its Gen2 constellation beginning with its three 500-kilometer (orbital) shells, followed by satellites in its lower-altitude shells. The result will be that more Americans will receive high-quality broadband faster.”

The company added, “To be clear, while SpaceX plans to accelerate deployment by using both of the rockets in its fleet, it remains committed to deploying all of its satellites—whether from Starship or from Falcon 9—into orbits described in Configuration 1.”

The news comes after SpaceX said it planned to use Starship exclusively to launch the second-gen satellites, after finalizing a proposal for the new configuration in January.

SpaceX launched more first-gen Starlink satellites this month, and last month it requested the use of a 2GHz radio band for a future mobile Starlink service.

Ahead of the Crew-5 Mission launch this week, SpaceX is looking to upgrade a secondary pad at the Cape Canaveral launch site. SpaceX is planning upgrades on another launchpad at Kennedy Space Center to be used as a backup for future cargo and crew missions, as reported by Space News. The news comes as SpaceX […]
Peter McGuthrie
4 hours ago