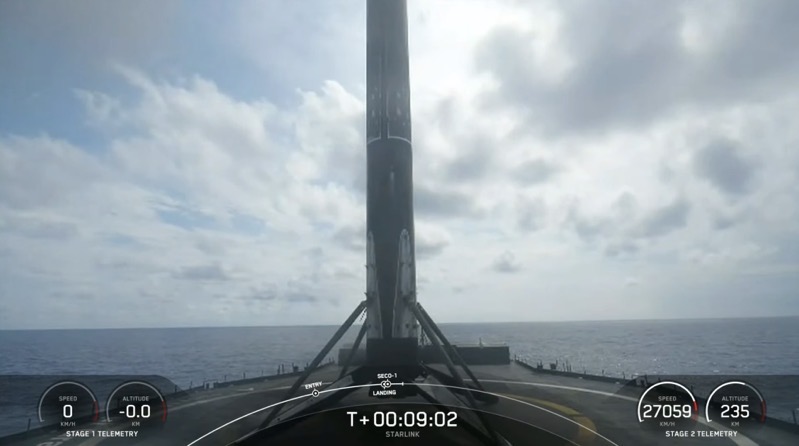 After launching Starlink satellites to low-Earth orbit, the Falcon 9 first stage aced its landing on the SpaceX droneship, ‘A Shortfall of Gravitas’ located in the Atlantic Ocean.

This was one of the clearest and lag-free Falcon 9 launches onto a droneship we’ve seen, a real treat for the eyes:

Falcon 9’s first stage has landed on the A Shortfall of Gravitas droneship pic.twitter.com/uTqAuysTAh

This was the 57th overall Starlink launch and SpaceX’s 37th launch of the year, setting another record for the company.

As for the Falcon 9 fairings, this was the 56th mission that saw reused and re-flown fairings. SpaceX CEO Elon Musk added today, “Each fairing half is a fully capable reentry vehicle with its own thrusters, thermal protection, avionics [and] sensor suite.”

Check out the full Starlink mission replay below: