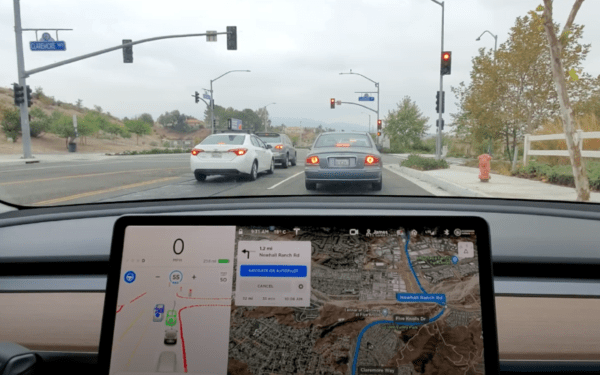 Tesla’s Full Self-Driving (FSD) beta 10.69 will start to deploy this weekend, but only to a select few according to the company head.

The tweet also detailed plans to release Tesla’s FSD beta 10.69 gradually over the next few weeks, beginning on August 20. First, the software will hit 1,000 customers, giving Tesla time to receive feedback and data.

Musk also said the 10.69 FSD update contains significant changes, so Tesla is being extra careful as it rolls the software out.

The tweet came in response to @TeslaOwnersSV asking Musk if the software would release at a specific time, perhaps at 4:20 p.m.

Tesla’s FSD system has been under fire from California senate candidate Dan O’Dowd in recent weeks, claiming it “mows down children” in a recent campaign ad, but has been proven to be false. Consumer advocate and previous political candidate Ralph Nader also requested the National Highway Traffic Safety Administration (NHTSA) remove the feature from Tesla’s cars earlier this month.

Take a look at all of the new Tesla Superchargers that went live across the globe this past week, courtesy of data from Supercharge.info and the TMC Forums: Date Opened Location Number of Stalls Power Rating Official Listing September 26, 2022 2 Rua do Miradoiro, Vigo, Pontevedra, Spain 12 250 kW Tesla September 26, 2022 Strevelinsvej 13, […]
Nehal Malik
26 mins ago

Tesla is looking to expand Gigafactory Nevada after years of announcing plans to do so, according to sources familiar with the matter reporting to electrek. Past statements by Tesla held that the Giga Nevada location would be able to produce around 105 GWh of battery cells per year and 150 GWh of battery packs per […]
Peter McGuthrie
10 hours ago