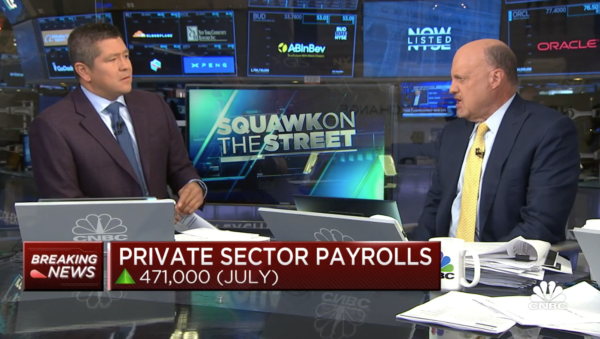 Amidst Tesla CEO Elon Musk facing a Twitter trial in October and opposition from both the press and regulatory agencies, one analyst says he’s still “all-in” on Musk.

CNBC‘s ‘Mad Money’ host, Jim Cramer, said he was “all-in” on Musk on a Friday segment of Squawk on the Street, following the automaker’s annual stockholder’s meeting held on Thursday.

At the stockholder’s meeting, Gary Black of Future Fund LLC, which has Tesla as its biggest holding, asked if the automaker had plans for Musk’s succession, to which Musk explained he was not going anywhere.

Tesla’s Gigafactory locations in China, Berlin and Austin, Texas are set to make the company well-poised to enter the coming months, despite a potentially oncoming recession, says Cramer.

Cramer also noted that he thinks Musk is right about the fact that we’ll enter a roughly 18-month recession soon, and Cramer says that Musk may see the economy’s trajectory better than most.

The Tesla Model Y is on track to become the world’s best-selling vehicle, according to a statement from Musk at the Cyber Roundup event.

Tesla’s latest version of the Full Self-Driving (FSD) beta can detect certain kinds of Autopilot-defeat devices and the company plans to adapt the version according to new methods discovered over time, reports @Teslascope. If detected using such devices, the FSD beta’s software version 10.69.3.1 will force Autopilot disengagement and it will result in strikes against […]
Peter McGuthrie
16 hours ago

Tesla is ‘recalling’ roughly 80,000 vehicles in China due to seatbelt and software issues, according to the State Administration for Market Regulation in a statement on Friday (via The Wall Street Journal). The regulator said that a recall filing had been for Tesla’s vehicles, which is currently the second largest automaker in the country. The […]
Peter McGuthrie
18 hours ago