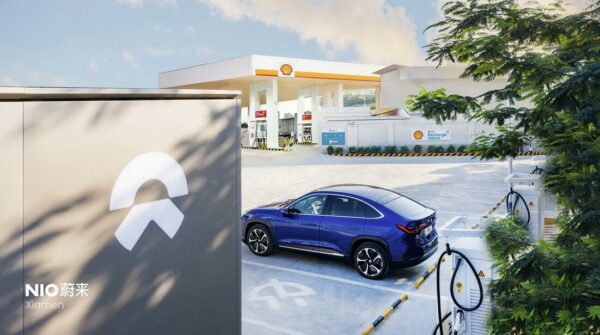 After NIO and Shell announced plans for a partnership to build battery swap stations across China and Europe last year, the first one has become operational in China.

NIO has built its first battery swap station constructed jointly with Shell, ahead of plans for a long-term partnership, according to CnEVPost.

The NIO-Shell station was established in Xiamen, Fujian in Southeast China, and it represents the first in plans for the companies to build 100 across China by 2025, with pilot stations set to hit Europe this year.

NIO Wants to Make its Own Smartphone Like Apple https://t.co/z3McX7knVp

The same three EV startups saw record EV deliveries in June, just as the Chinese auto market was bouncing back from production halts caused by COVID-19 lockdowns in March and April.

In June, NIO also announced plans for a mass-market brand to take on Tesla, which will shoot for an annual production of 500,000 units per year.