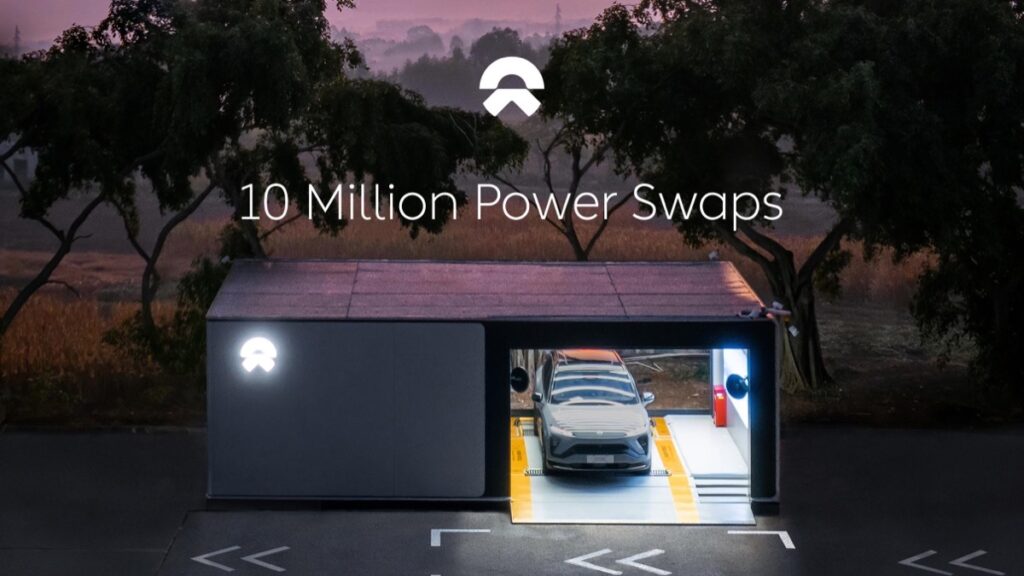 NIO has announced that it reached a milestone of 10 million cumulative battery swaps, announced the company on Tuesday.

“Every 2.8 seconds, one NIO car departs a Power Swap station with a full charge. Ten million power swaps are equivalent to a total mileage of over 1.98 billion kilometers, contributing to around 130,327.5 tons of carbon emissions reductions,” said the automaker.

NIO says the most frequent Power Swap users have swapped their car batteries 1,364 times, while some users have checked in at 169 stations. The company says 303 users have been using power swaps as their only recharging solution.

“We thank our users for your support and trust in the NIO Power Swap. The achievement of 10,000,000 power swaps has added to our belief that the path we have been adhering to is the right one. Looking into the future, we will further complete the power swap network to provide a more joyful and convenient travel and recharging experience,” said the company in a statement.

Earlier this year, one NIO executive said the company was open to sharing its battery swap technology with other automakers, though Tesla’s Elon Musk famously dismissed the technology after the U.S. automaker gave up on its own pilot program for battery swapping.

Last month, NIO announced plans for an upcoming mass-production EV company, which it said is set to be cheaper than Tesla’s and have an annual production capacity of half a million cars.

Additionally, NIO reported record deliveries in June along with fellow Chinese automakers Xpeng Motors and Li Auto, as the country bounces back from COVID-19 lockdowns in March and April.