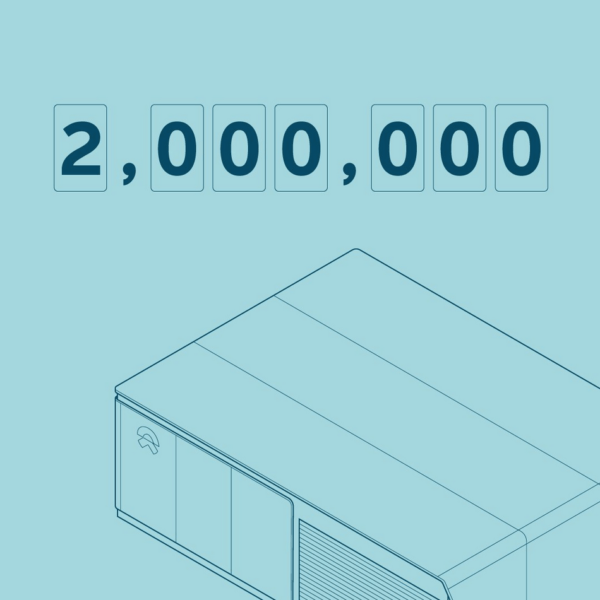 Chinese automaker and Tesla rival NIO has seen all-time highs this year (but not at the moment!) with the release of its ET7 flagship sedan, and the battery swapping electric vehicle (EV) company has now reached another major milestone in 2021.

On Thursday, @driving_china reported that NIO had reached 2 million battery swaps, marking an exciting accomplishment for the young EV maker, according to data shared by the latter.

Currently, NIO is the only EV manufacturer in the larger market with a model that includes battery swapping, and they’re already outselling other Chinese EV manufacturers like Li Auto.

In January, NIO and fellow Chinese automaker Xpeng Motors saw major sales increases, which were halted the following month, largely due to a huge price cut in China on Tesla’s Model Y.

Throughout March, NIO has been testing its Navigate on Pilot (NOP), an advanced driver assistance system (ADAS) set to rival Tesla’s Full Self-Driving (FSD). Like many other EV companies this month, NIO’s production was also hampered by a global semiconductor chip shortage that took the world’s EV market by hold.

While Tesla briefly experimented with a battery swap location in 2014, the location was quick to close, and the company’s Vice President in China has since reiterated the company’s claim that simple EV charging is more effective than battery swapping.