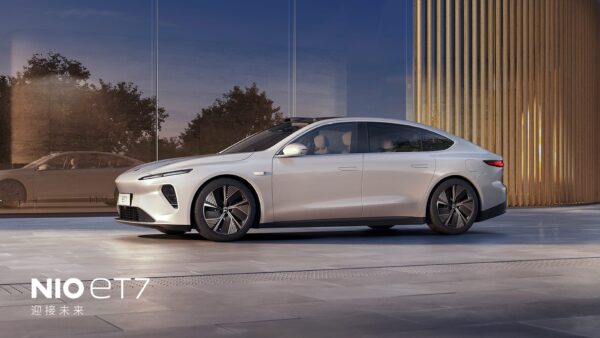 Chinese electric vehicle (EV) maker NIO unveiled its first sedan on Sunday, the ET7, which resulted in its shares outperform most of its automaker peers on Monday.

After sharing the ET7 and its solid-state battery pack, NIO’s shares reached an all-time high of $66.99 on Monday while other stocks, including Tesla, saw a major decline on the week’s open, according to Yahoo Finance.

NIO’s ET7 is expected to directly rival the Tesla Model S in China. Still, with NIO and a handful of other companies releasing their direct competitors to Tesla’s line up, it’s clear China is all-in for EVs right now.

According to Wedbush analyst Daniel Ives, the star of NIO Day was the unveiling of the company’s increased volume battery pack, which will increase range. In addition, the company shared its driver assistance system and its upgraded battery swap program, in which it will allow owners to swap out dead batteries for charged ones, rather than recharging them altogether.

In any case, NIO’s future is likely bright, whether it can outdo Tesla or not. With the world on the cusp of a major transition to EVs, NIO is right on time to the party.

As of writing, NIO’s shares are selling for $64.30 (+9.28%), after reaching an all-time high of $66.99. The company’s market cap surpassed $100 billion USD for the first time and has eclipsed Volkswagen in market value, and is worth one-eighth of Tesla.