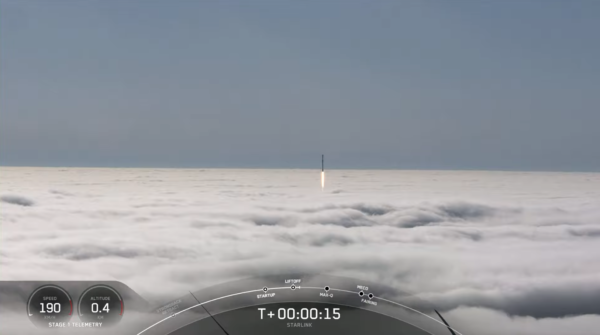 After SpaceX launched 53 Starlink satellites into orbit last Thursday, the company has done it again — this time set to provide full Earth coverage.

SpaceX’s Starlink polar launch which took place over the weekend is set to enable full coverage of Earth, according to a tweet from the company’s chief @Elon Musk on Monday.

In the tweet, Musk also added that coverage would only be used “where approved by local government”.

These polar launches will enable complete coverage of Earth (where approved by local government) https://t.co/0ssHobwdp3

The launch took place at 6:39 p.m. PT on Sunday from the Vandenberg Space Force Base in California, and SpaceX once again used the Falcon 9 first-stage booster to launch 46 Starlink satellites into orbit.

Combining Sunday’s launch with last week’s, SpaceX officially has 2,805 Starlink satellites in orbit and will help fill out the constellation’s polar regions to offer connectivity around the world.

You can watch SpaceX’s Sunday Starlink launch below, which is set to complete the company’s coverage of Earth using its satellite constellation.