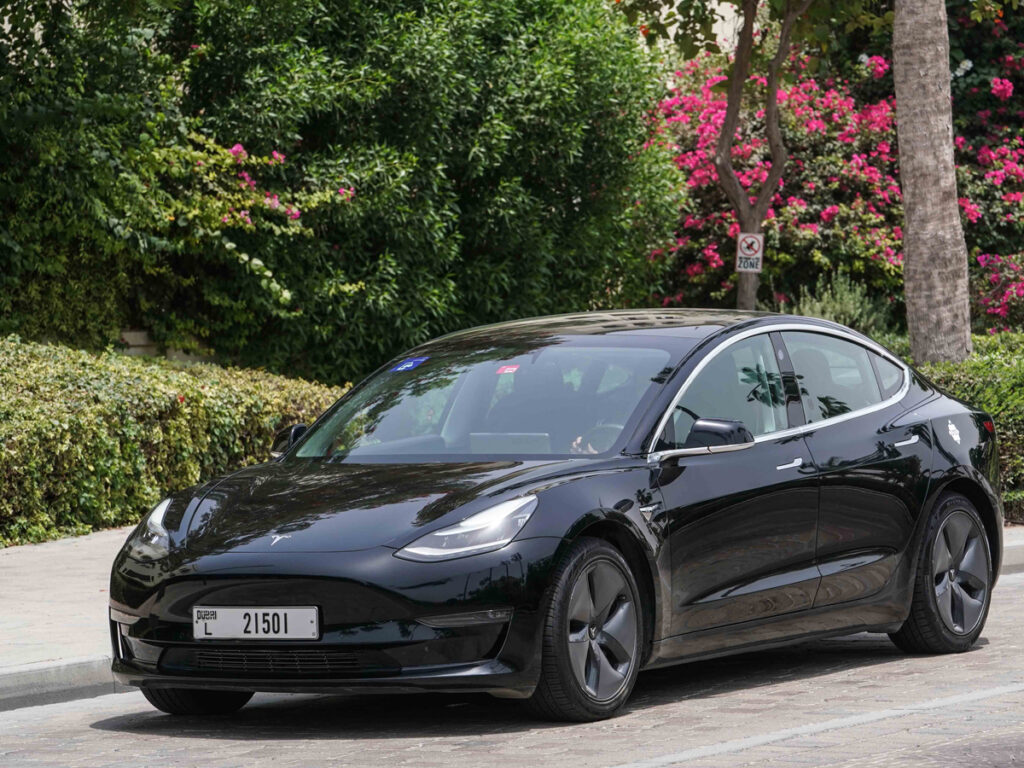 Dubai’s Roads and Transport Authority (RTA) recently announced the addition of the first Tesla Model 3 to the emirate’s taxi fleet on a trial basis.

The pilot project seeks to determine the viability of deploying Tesla vehicles as taxis in Dubai.

“The usage of Tesla electric vehicles in Dubai taxi fleet is an exceptional experience, which contributes in realising His Highness Sheikh Mohammed bin Rashid Al Maktoum, Vice-President, Prime Minister of the UAE, Ruler of Dubai, Green Economy for Sustainable Development Initiative,” said Mattar Al Tayer, Director-General and Chairman of the Board of Executive Directors at the Dubai RTA.

“It also supports Dubai Government’s energy and low carbon strategy aimed to make Dubai a model to be emulated in the efficient use of energy and reduced carbon emission.”

Since 2017, a total of 172 Tesla EVs have been successfully operating in Dubai’s limousine service. But this marks the first Model 3 for the taxi fleet.

“In 2017, RTA started the operation of 172 Tesla vehicles as part of the limousine fleet of the Dubai Taxi comprised of 80 Tesla Model S, 50 Tesla Model X, and 42 Tesla Model 3. These vehicles recorded positive indicators in operational efficiency, especially in terms of zero carbon emissions and a high customer satisfaction rating,” Al Tayer said.

“The success of that experiment prompts us to widen the scope of using electric vehicles as part of the Dubai Taxi fleet over the upcoming years,” he added.

Dubai aims to convert 90% of its limousine fleet into eco-friendly plug-in vehicles, both hybrid and all-electric, by 2026.

The Dubai Taxi service has received favorable feedback from partners and clients over its inclusion of Tesla EVs. It has been deploying its Tesla limousines for 24/7 service to all events and hotspots across the city, especially the local airports. The new Tesla taxi will likely follow the same routine.

Tesla opened up its first Supercharger in Dubai back in late 2020. The Model 3 was also the second most popular new car registration in Dubai for the same year.

Long-term vehicle subscription service Autonomy has launched an end-of-year sale that lets users subscribe to a Tesla Model 3 for what it is calling the “lowest price anywhere” for the electric sedan. Customers need to put down a $3,000 deposit and then pay $450 per month for the first 12 months, said Autonomy earlier this […]
Peter McGuthrie
2 days ago