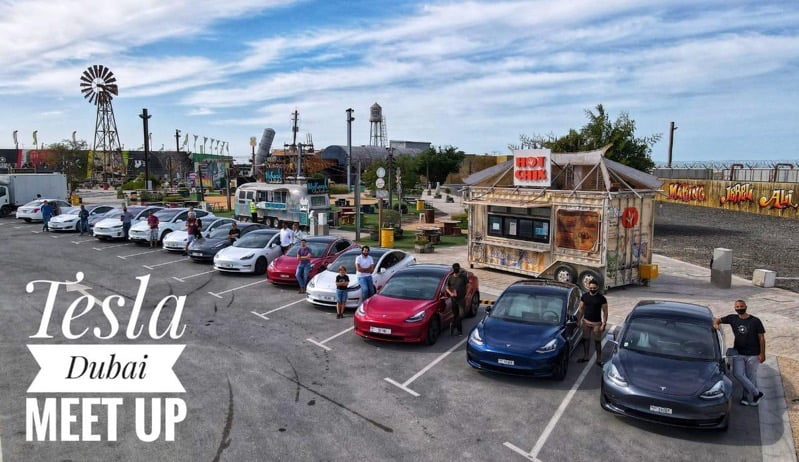 The first Tesla Supercharger has opened in Dubai, in the United Arab Emirates.

The Jebal Ali Tesla Supercharger is located at off Sheikh Zayed Rd, heading southbound. It’s located by a Johnny Rockets, Mad X and Adnoc Service Station, and The Smash Room at Action Park. There are 8 new V3 Superchargers available with up to 250 kW charging rates, according to Supercharge.info.

You can see a picture of the Jebal Ali Supercharger map from Plugshare below: 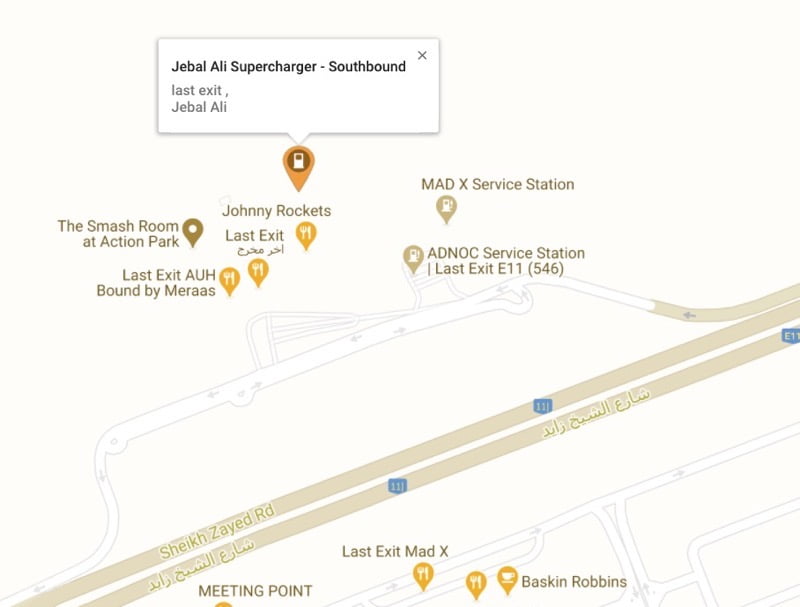 Tesla owners in Dubai celebrated the opening of the first Supercharger in the UAE. You can see the images shared below by the Super Tesla Arabia (@TeslaOwnersUAE) account: 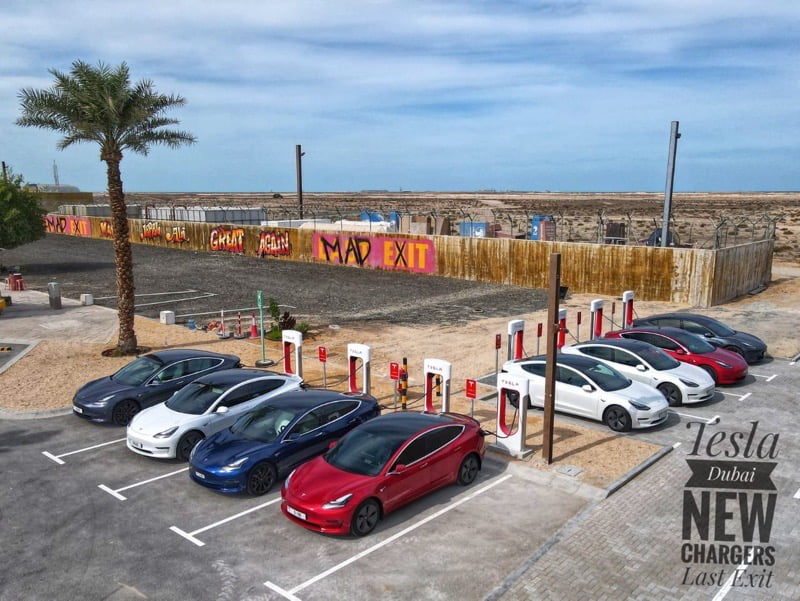 It’s always exciting to see the first Supercharger pop up in any nation, as we can see from these ecstatic Tesla owners in the UAE.

Despite wealth from oil, the UAE is no stranger to Teslas. Back in 2017, the Dubai Taxi Corporation added a fleet of Model X units to its line up. In one year after its launch, the Tesla taxis hit 2.1 million kilometres travelled in Dubai; the company then added 75 more Tesla Model S sedans to its fleet in 2018.

Dubai previously said it wants to 25% of trips in the city to be driverless by 2030.