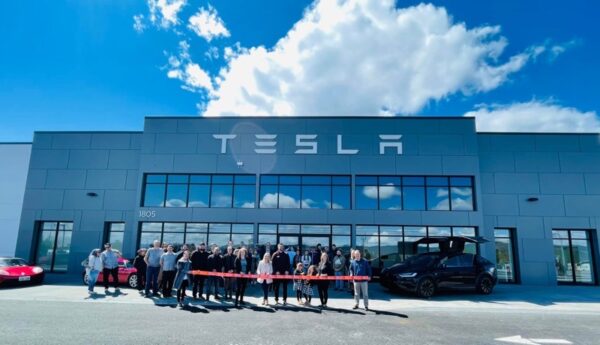 Tesla is leading the charge in brand loyalty in the luxury sector, according to Associate Director at S&P Global Mobility in a webinar on Tuesday, reported by Automotive News.

Brand loyalty fell overall since shortages began around March 2021, including Ford, Hyundai and Chevrolet which had loyalty rates decline to just 52.1 percent in the 14 months after the shortage, compared to 54.8 percent prior to the shortage. 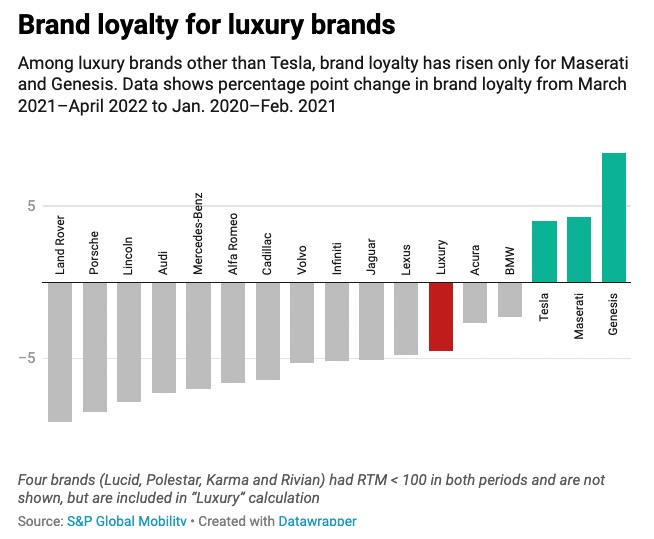 Interestingly, Tesla was a major exception to the rule, and actually improved the overall percentage when included in the data — showing a true slump when removed from the data.

“Tesla’s sort of, frankly, hiding a little bit of the luxury decline, which is really twice as much as mainstream.” Libby continued, “Tesla’s C/D ratio with the other luxury makes, with the exception of Land Rover, was down, which I found surprising. I thought that perhaps they were suffering because of Tesla. And overall mainstream is down also, which I also found a bit surprising.”

The firm calculated brand loyalty by what percentage of customers pick the same brand when trading in or purchasing another vehicle.

Tesla was also included with J.D. Power’s Initial Vehicle Quality Study for the first time this year, detailing overall build quality from across the industry.