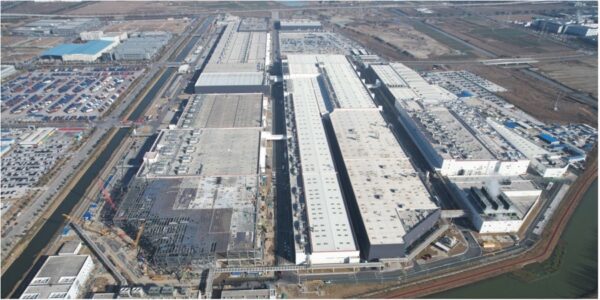 After Tesla announced plans to halt production to expand the Model Y production line to increase capacity, the move will apparently be a part of a larger series of upgrades to the facility.

Tesla is ramping up production capacity at its Gigafactory Shanghai, and to do so, it will be partly suspended at points throughout July and early August, according to sources familiar with the matter, reports Bloomberg.

The Giga Shanghai factory is looking to double its annual targets to one million cars, according to the sources who asked not to be identified due to the privacy of the matter.

Currently, Tesla says Model 3 and Model Y production at Giga Shanghai has an annual target of over 450,000 cars annually, according to its latest investor slide deck.

For the first two weeks in July, one of the sources said Tesla would halt most production on the Model Y assembly line to upgrade it, followed by similar actions on the Model 3 production line during a 20-day period beginning July 18.

Tesla expects to complete all of the upgrade work by around August 7, with the automaker expecting Model Y production capacity at Giga Shanghai to jump to 14,000 a week from pre-lockdown levels at 11,000.

Production of the Model Y is expected to reach 7,700 units per week after the upgrade, up from just 5,500 prior.