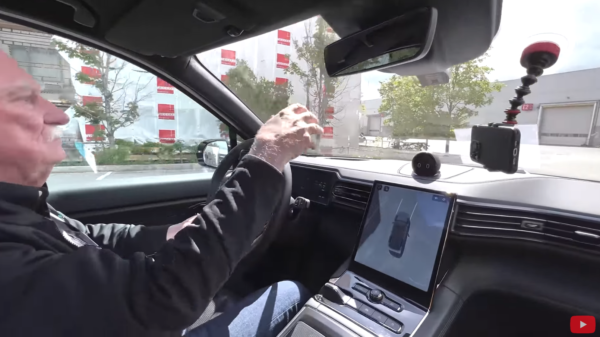 NIO’s ES8 has been making waves since being unveiled in 2018, and for the first time, a popular U.S.-based auto manufacturing expert has shared his review of the electric SUV, which is the Chinese automaker’s first model sold in Europe, debuting last summer.

A new segment of Sandy Munro’s Munro Live shows off the NIO ES8 electric SUV in Oslo, Norway, showing off the vehicle’s interior and exterior, before taking it out for a drive. Munro was attending EVS 35 in the city, the world’s largest electric vehicle event.

Munro notes that the vehicle doesn’t have a frunk like Tesla’s vehicles, instead hosting electronics in the area, likely to make room for the six seat interior.

Still, the ES8 includes an electric engine and battery, which Munro also points out is a little bit different than Tesla’s cars.

Munro also takes the ES8 for a drive, noting how luxurious the driver’s seat is in addition to the rest of the vehicle’s interior. He said the interior display is smaller than Tesla vehicles.

NIO unveiled the ES7 SUV earlier this month, and the automaker has also announced plans for a mass-production sub-brand starting in 2025 that will produce 500,000 vehicles per year and will compete with Tesla.

Additionally, NIO said earlier this month that it will start making its own EV battery packs beginning in 2024.

You can watch Sandy Munro’s full ride and drive session with the new NIO ES8 electric SUV below. He calls the steering and feels similar to driving a BMW during his short test drive: