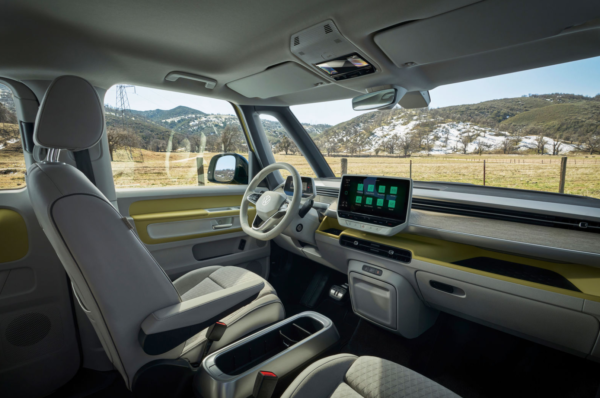 Pre-orders for Volkswagen’s ID Buzz began last month with a starting price of 64,581 euros ($69,078 USD), and now the company is beginning to share more details about the electric van’s interior.

Volkswagen shared a few details about the ID Buzz’s interior in a press release on Wednesday, such as having up to eight USB-C ports for a fast-charging capacity of up to 45 watts (using the USB-PD standard).

Each of the USB ports will utilize the newest charging standard, USB-PD, for rapid-charging of devices ranging from a smartphone to a laptop.

Three USB-C ports are standard, with two of them having data transfer capability and are located next to the steering column, with the third in the passenger door. Customers need to pay for up to three more USB-C ports: one in each interior mirror base and two in the sliding doors. Volkswagen says two more USB-C sorts for the walls in the load compartment are coming soon. 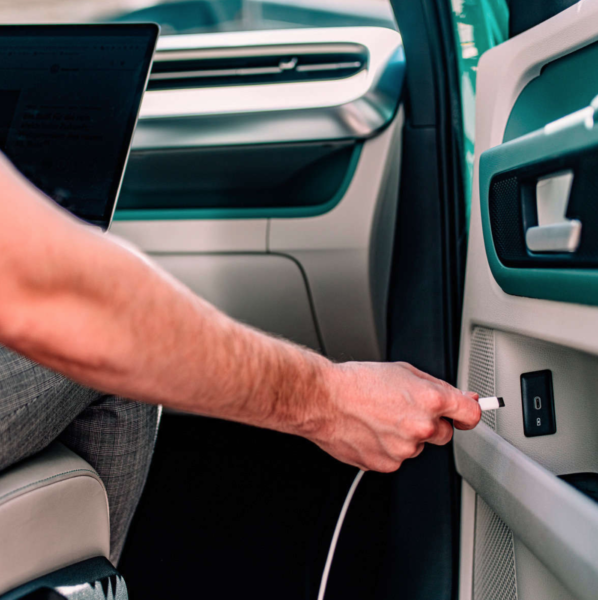 The ID Buzz is also set to include digital displays and touch controls, with a 5.3-inch digital cockpit in the driver’s seat as well as a 10-inch touch display in the middle of the dashboard.

Additionally, the vehicle will include Volkswagen’s new Hello ID voice control, online services, remote app controls to check battery life, charging and climate. ID. Buzz with We Connect and We Connect Plus can get connectivity for real-time traffic data, music and media streaming and over-the-air updates.

Apple CarPlay and Android Auto is also part of the ID. Buzz.

In April, Volkswagen said it plans to develop a self-driving taxi based on the ID Buzz, and CEO Herbert Diess already took the company’s first autonomous ID Buzz out for a hands-free spin in the same month.