Tesla has registered a new high-resolution radar unit with the Federal Communications Commission (FCC) in the U.S. (via @SawyerMerritt).

NEWS: Tesla has registered a new high resolution radar unit with the FCC, which would allow them to use it in vehicles sold in the US.

The FCC filing was first spotted by @iamkellex and Tesla sleuth @greentheonly. This might mean that Tesla intends to bring radar back, at least to vehicles sold in the U.S. 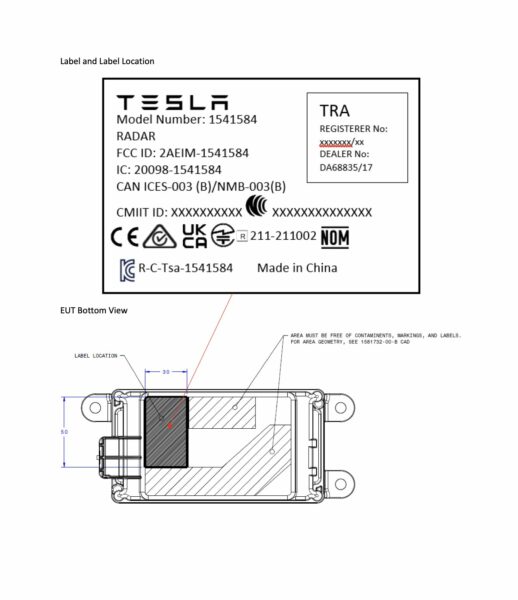 Tesla Vision debuted in the Model 3 and Model Y in May 2021. The electric carmaker also transitioned all Model S and Model X units produced in North America to Tesla Vision starting in February 2022.

As @greentheonly explained in a series of tweets, high-resolution radar offers all of the benefits of regular radar but at a higher resolution and a (potentially) higher frame rate, making it a viable alternative to a camera array.

Radar is also kind of similar to lidar, in that it also relies on a beam to map out what is in front of it. While lidar shoots out a laser, though, the former uses a radar beam. Lidar has better accuracy and precision, thus allowing it to detect smaller objects. But high-resolution radar, said to be a factor in the path towards full autonomous driving, is able to sense environments at a wider field of vision and further down the road, even beyond 300 meters.