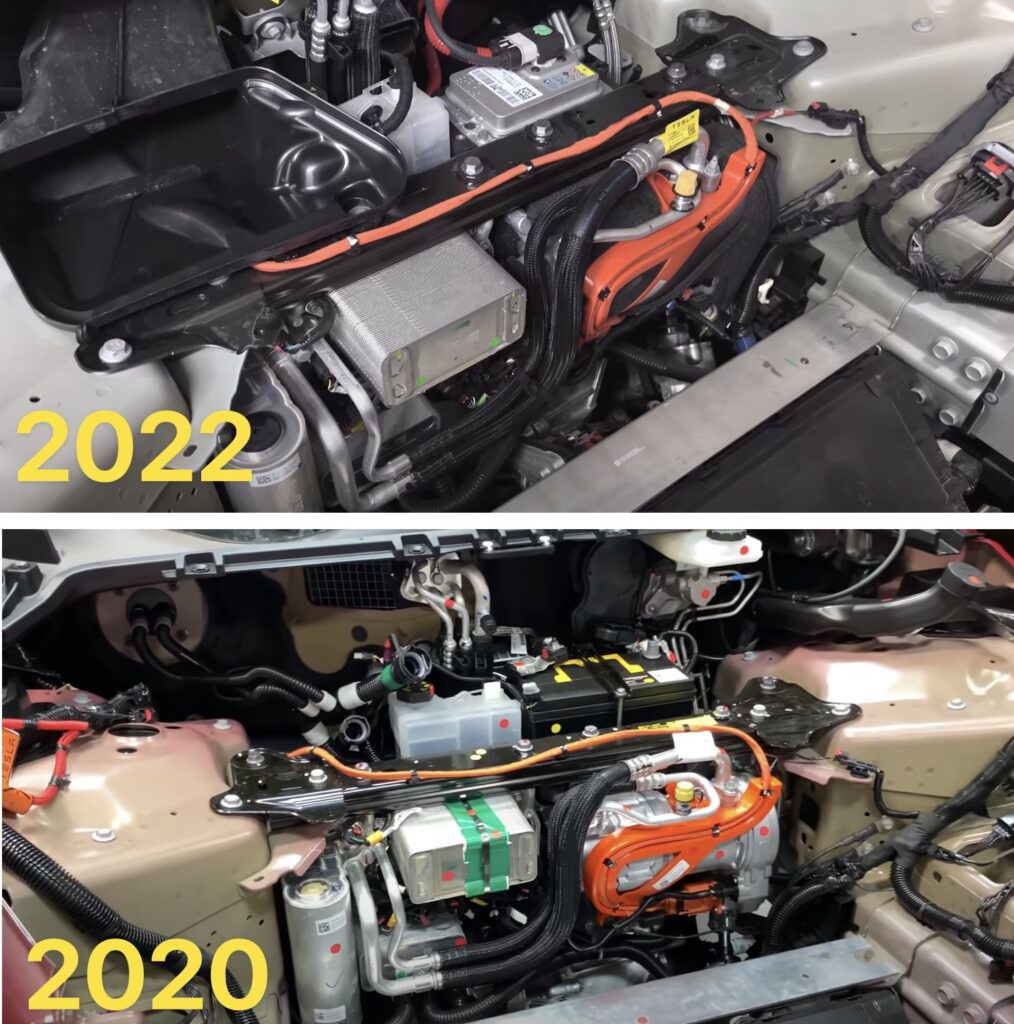 If you look at any of Tesla’s vehicles, there’s no denying that the models have changed quite a bit over the years, and the Model Y is no different as shown in a new video from an industry expert.

In a new video on the Model Y shared on Monday, Sandy Munro noted that Tesla has made an apparent 27 different revisions to the electric SUV’s ‘frunk’ (front trunk) area since it was originally released in the spring of 2020 in the U.S. This was based on examining the recent Model Y delivery taken by Miss GoElectric.

The Model Y compressor now has a sound dampener, helping to add to its thermal efficiency, says Munro. The compact crossover SUV gained Bioweapon Defense Mode and a new HEPA filter back in July 2021.

The statement comes as Munro overlooks the frunk’s insides, saying that the serial number printed had gone through an entire alphabet’s worth before getting to this point in the design of the insides — suggesting 27 design changes in the process.

Munro also points out Tesla’s removal of the old lead-acid 12V battery in favor of a smaller overall design shown beneath this frunk, with a new lithium-ion 12V battery, added back in November.

In a recent statement, Tesla said it was offering Gigafactory Texas-built Model Y units for “delivery within weeks,” amidst skyrocketing demand and sourcing issues for raw materials causing increased prices.

U.S. News named the Tesla Model Y the best luxury electric SUV earlier this month, and it’s partially Tesla’s incremental design changes over the years that have helped the automaker achieve this and other awards.

You can see Sandy Munro’s deep dive looking at the new Tesla Model Y frunk below, with a feature from fellow EV enthusiast Miss GoElectric.

Tesla Model Y buyers in Australia could bring the SUV’s price down by as much as $10,000, making it as affordable as the Mazda 3 with a new tax deal, according to The Driven. To achieve this level of savings, buyers must qualify for a combination of incentives including the country’s new fringe benefit tax […]
Peter McGuthrie
3 hours ago