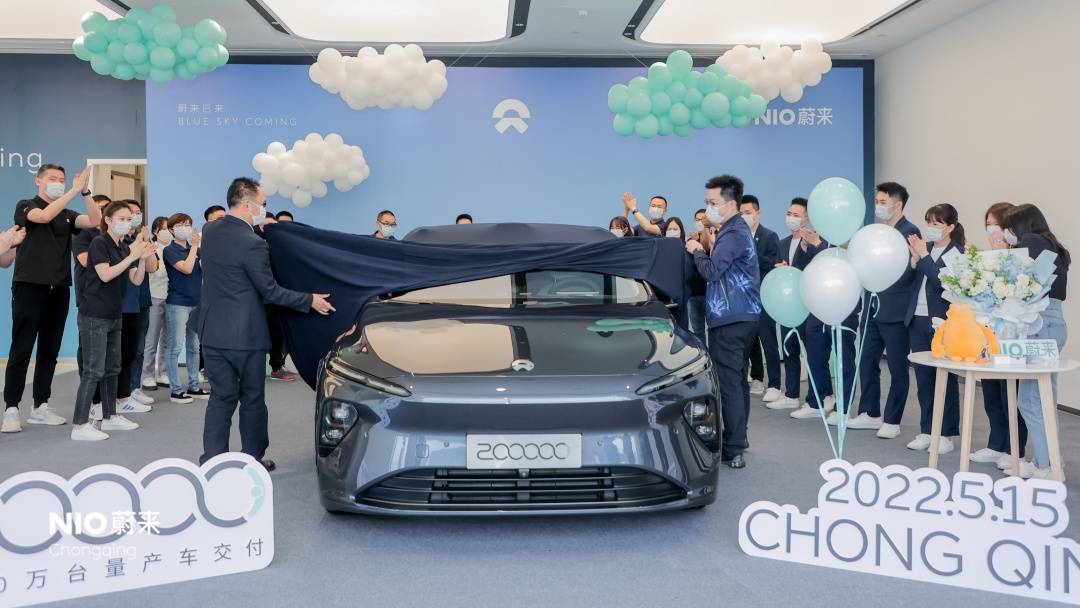 Chinese electric vehicle (EV) maker NIO recently achieved a new milestone when it delivered its 200,000th production vehicle, to a customer in the city of Chongqing in southwestern China — reports CnEVPost.

NIO’s 200,000th delivery was an ET7 electric sedan, which began deliveries in late March. The company is set to raise pricing for the ET7 by around $1,470 USD later this month. The landmark delivery comes just a couple of weeks after NIO’s 200,000th vehicle rolled off the production line in late April.

The delivery puts NIO’s total deliveries in the first half of May at 2,088 vehicles. NIO earlier this month reported 5,074 deliveries for April, down 49% from March and 29% year-over-year.

Both production and logistics are proving to be challenging for NIO and other Chinese automakers as of late, with China employing strict prevention rules to curb the country’s largest COVID-19 outbreak in two years. Even now, Shanghai, where NIO is headquartered, remains in lockdown.

Between May 1-8, retail car sales in China were down 21% year-over-year and 45% from the previous week to 254,000, according to the China Passenger Car Association (CPCA).

The CPCA expects car sales to continue on a downtrend through May (as compared to the same month last year), but the situation shouldn’t be as bad as it was last month and should continue to improve as the outbreak subsides.

NIO on Sunday announced fourth-quarter deliveries of 40,052 electric vehicles (EVs), marking a 60% increase year-over-year and a new quarterly record for the Chinese automaker. The company also marginally beat its own delivery outlook for Q4, which it lowered from 43,000-48,000 vehicles to a more modest 38,500-39,500 last week. At the same time, the EV […]
Nehal Malik
1 month ago