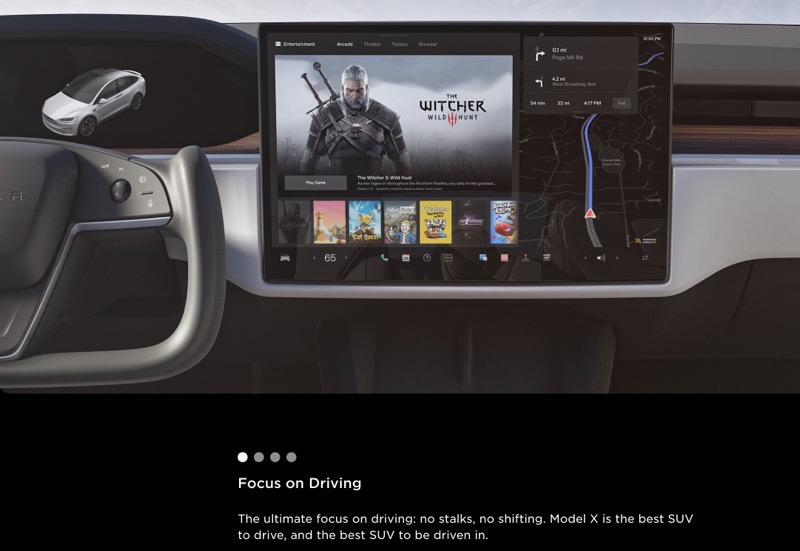 After videos have now surfaced of Tesla’s Model S refresh being delivered with new 17-inch tilt displays, mention of the feature has since returned to the automaker’s website, after being removed shortly after refresh models were originally announced in early 2021.

For both the Model S and Model X, Tesla now mentions the tilt display again.

“With 2200 x 1300 resolution, true colors and exceptional responsiveness, an adjustable 17” display tilts left or right for gaming, movies and more,” reads the description for the Model S.

As for the Model X, Tesla says the “17” touchscreen with left-right tilt offers 2200 x 1300 resolution, true colors and exceptional responsiveness for gaming, movies and more.”

Some other changes to the site include front matrix LED headlights now shown in renders of the Model S.

Here’s what the old Model S render looked like before:

On Thursday evening, Tesla increased the prices of all its vehicles in Canada, along with hiking the price of Full Self-Driving in the nation as well.