Tesla Increases Price of Full Self-Driving in Canada to $12,800 CAD 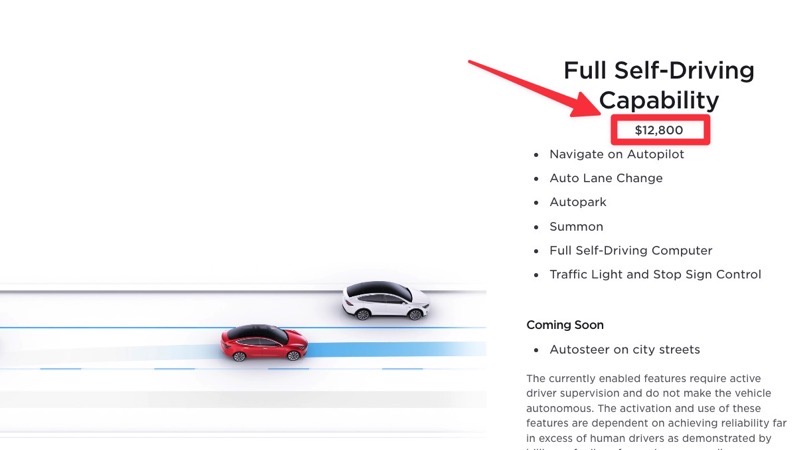 The change took place on Thursday evening, spotted by numerous Tesla owners including Arshdeep B., a new Model Y owner sharing the news on Facebook. “Just took delivery of my car. Was debating to add FSD and noticed they increased the price to 12800 CAD,” said Arshdeep earlier tonight. 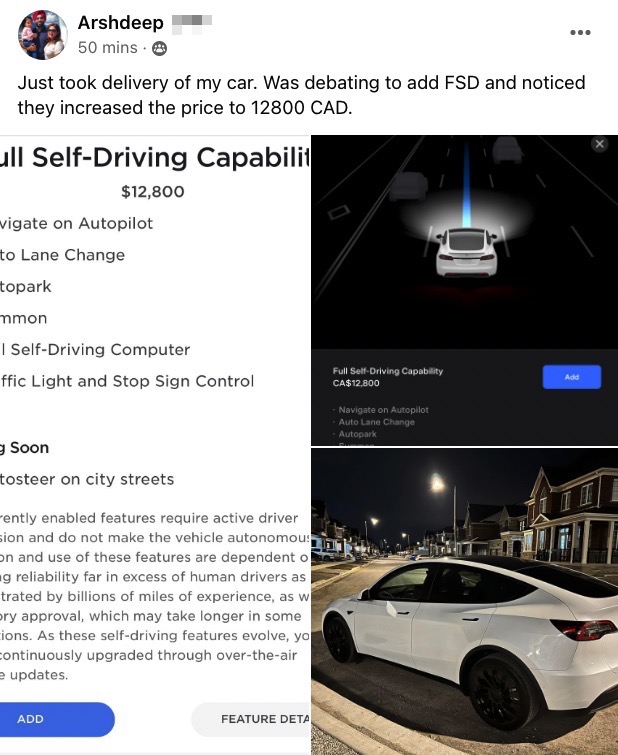 It was expected that FSD was to increase in price, as Tesla did the same for the U.S. shortly after FSD beta was made available. Canada received FSD beta back in late March after a lengthy delay, and many suspected a similar price hike was coming.

Back in October 2020, Tesla CEO Elon Musk said a $2,000 USD price increase was coming to FSD across the board, but in the end, decided to only apply it to countries with FSD beta available—the U.S. at the time.

Following the price increase of FSD beta in the U.S., Tesla launched FSD subscriptions 9 months later in July 2021. It remains to be seen if and when Canada will get FSD subscriptions, but it’s likely to come eventually at some point in time.