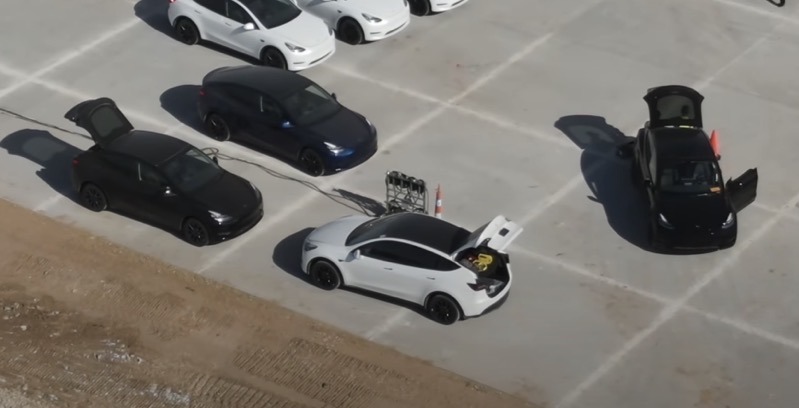 Last November, Tesla started including a new rear trunk cargo cover in China for its Model Y, which then spread to vehicles made at Giga Berlin-Brandenburg this month.

Now, it appears the Model Y made at Giga Texas will also include this rear trunk cargo cover, as seen in a drone video flyover shared by Brad Sloan on April 1, 2022.

The video flyover of Giga Texas shows a white Model Y with its trunk open—showing a cargo cover with items placed on top, as seen in some blurry footage below: 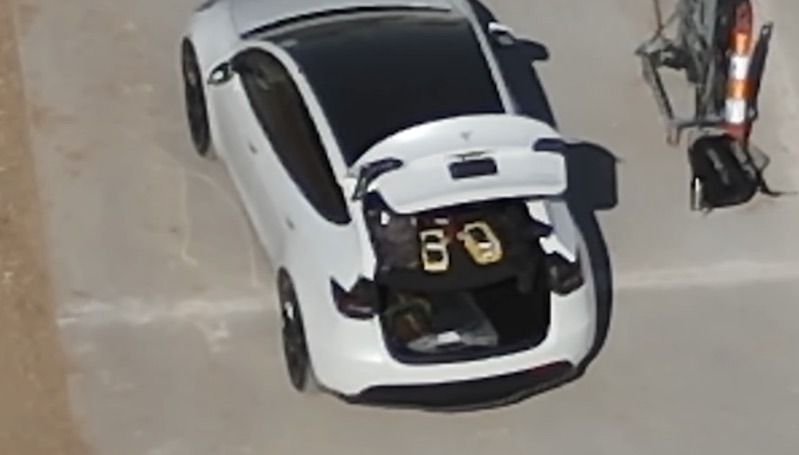 You can check out the Model Y with cargo cover at Giga Texas, at the 10:30 mark of the video below:

The cargo cover offers privacy for the rear hatch of the Model Y, to keep your valuables out of sight and away from the sun. Here’s what it looks like in action, held in place by magnets:

MIC Model Y now comes with OEM Cargo Cover!
Car delivered in Hong Kong starting from yesterday comes with the cargo cover. It cannot be lifted but instead you can push it forward and make it a Z shape. There is a magnetic mechanism which holds the cover in place. pic.twitter.com/NjIYcinJDe

It’s unclear if these new Model Y vehicles at Giga Texas will also include a new fleece lining, as seen in recent production models from Giga Berlin. We’ll find out soon enough.

Tesla is set to hold its ‘Cyber Rodeo’ grand opening party at Giga Texas on April 7, 2022. 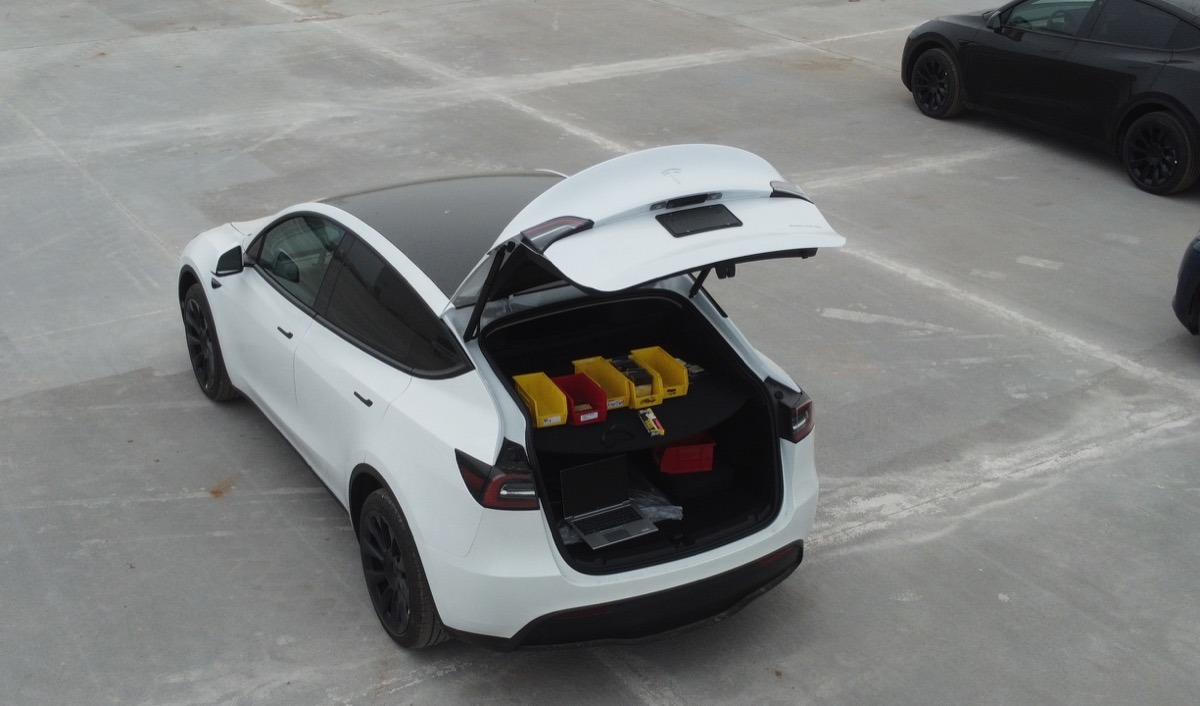